Gov’t Committed To Dealing With Issues 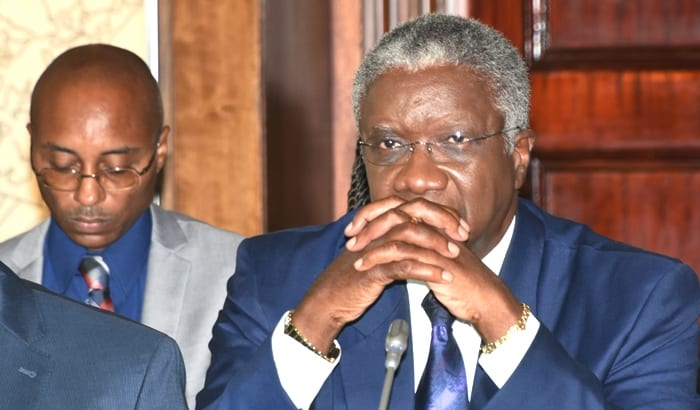 Government is committed to tackling the issue of crime and gun violence.

This was Prime Minister Freundel Stuart’s strong message as he delivered closing remarks recently at the Social Partnership meeting at the Hilton Barbados Resort.

Mr. Stuart told his audience: “I assure you from the Government’s end that [it] will do what it has to do to discharge its responsibility and ensure that Barbadians don’t live lives paralysed by fear and that they can go about their normal routine…without feeling that they are under attack.

“But when the Government has done its part, there is still an awesome responsibility devolving on the shoulders of every single man and woman in Barbados because this is a problem for all of us…. Therefore it is our responsibility to try and get all of this right.”

The Prime Minister expressed the view that the issue must be approached as a social problem. He noted that when things went wrong, the police and judiciary were targeted. “The truth is the police and the judiciary are at the output end of a process which begins … with our homes, our schools and our community….

“If we are going to be able to deal with the problem in the more medium to longer term and more effectively, there are some corrections that we have to do at the input end. Our homes are much weaker today, 2017, than they were in the 50s or 60s when a different Barbados existed, and that has had implications for our schools, and our communities. We have to do some repair work if we are to be able to deal with this problem more effectively,” he stressed.

Mr. Stuart reminded the gathering of private sector, trade union and government officials that Barbados is not just an economy but a society. He argued that if the country got all the economic issues right but the society went wrong, those gains could be wiped out overnight.

“So we have to commit at all levels, in all status group,s to making sure that we make Barbados a better place. Every single one of us has a responsibility to contribute to that effort,” he emphasised.