The Government of Barbados has initiated a project which is geared towards the expansion of the country’s rum industry.

Word of this came from Commerce Minister, Donville Inniss, on Monday, as he  delivered the feature address at a reception and tasting of Authentic Caribbean Brands.

The event was hosted by the Directors of the West Indies Rum and Spirits Producers Association Inc. (WIRSPA), at the Accra Beach Hotel and Spa.

Mr. Inniss stated that the objective of the initiative was two-fold: transitioning the industry’s output of bulk rum to branded rum; and engaging stakeholders in a strategic partnership to expand the market share of the local brands in the hospitality sector.

Explaining that there were three components to the programme, the Minister noted that this would include a geographic indicator of Barbados’ rums, supported by a Barbados Rum Marque, which would become a certifying seal of approval. 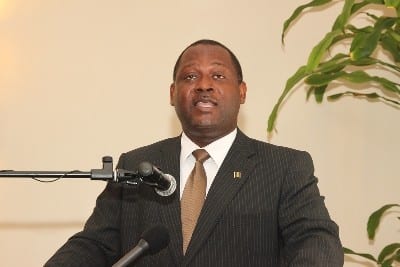 The other components, he revealed, included the repositioning of the industry to incrementally convert bulk rum to primarily branded rum; and embarking on an ongoing promotional campaign in the tourism sector to secure Barbados Rum Brands as a spirit of choice across hotels and bars.

“I am proud to say that this initiative has begun to bear fruit with the successful completion of the inaugural Barbados Sugar and Rum Season. This event was held during the period February 1 to April 1, 2017, under the auspices of the Barbados Tourism Product Authority. …Its objective was geared towards enhancing the island’s cultural heritage, particularly rum and sugar, and culinary tourism product offerings,” he disclosed.

Mr. Inniss also revealed that statistics for the period 2012 to 2016 showed that Barbados’ exports of rum to one of its lucrative markets – the European Union, stood at approximately BDS $89.9 million.

He pointed out that the industry continued to provide valuable foreign exchange and revenue; supported the sustainability and linkages of many other businesses within the agro-processing and tourism industries; and contributed significantly to job creation.