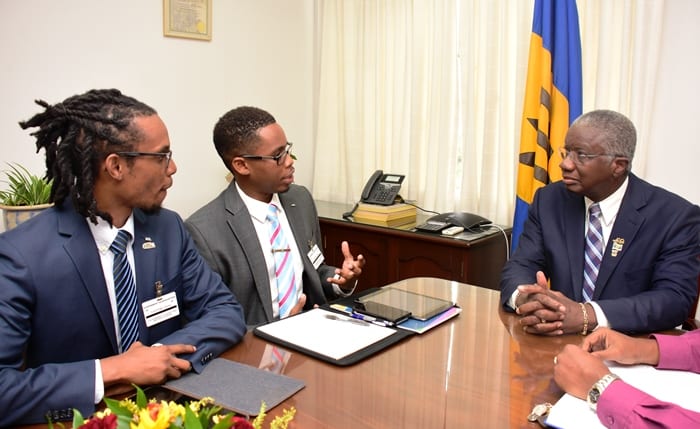 Government remains committed to empowering young people in Barbados, so they can realise their dreams and aspirations.

Stressing that young people are the future, Mr. Stuart said: “We must train and empower our young people for the massive tasks that lay ahead of them. They need something to hold on to that gives them a control over their destiny.

“We cannot afford to allow our very talented and highly skilled young people to go off track. We take the contributions that are being made and that can be made by our young people very seriously. Government’s role is to respond to the vision of young people and it is important we find out from them what they think we need to give, so they can realise their own dreams and aspirations.”

The Prime Minister pointed out that Government’s National Youth Policy had to be built upon. He suggested that because of the pace of life, quite a few young people were being left behind, and it was creating some alienation.

“They don’t feel society is working for them anymore, and there is a sense of disillusionment and that has been leading to resentment,” he stated.

He expressed the view that there must be creative partnerships between governments and organisations such as JCI, in an effort to make the lives of young people better. He reiterated that they must be listened to, and then policies crafted to ensure their own advancement.

Vice President Hinds agreed, saying it was important to empower young people to make positive changes. He suggested that there was a need for information sharing among governments, the private sector and non-governmental organisations because no one entity could do all of the necessary things on its own.

During the discussions, Mr. Hinds and Mr. Holder updated Prime Minister Stuart on the various projects JCI was undertaking locally and internationally, as well as the outstanding work being done.

The Prime Minister commended the JCI, saying it had made a positive impact on the lives of young people, instilling in them critical values so they could contribute selflessly to their countries.