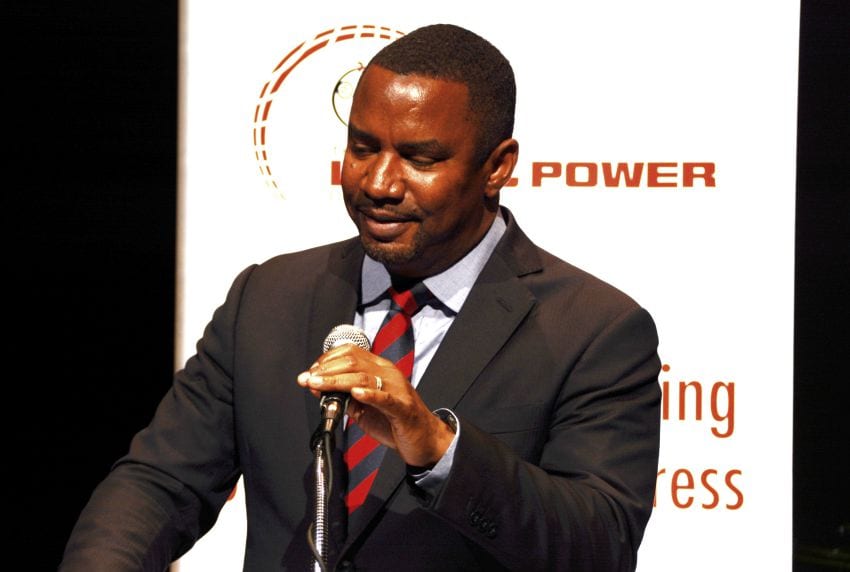 Providing a continuous supply of safe and reliable energy, especially with the advent of electricity from alternative and renewable sources, has placed the Ministry of Energy and Water Resources in an enviable position.

Minister Wilfred Abrahams made this statement during the Barbados’ Light and Power (BL&P) Third Energy Talks under the theme: Seizing The Future Choosing Our Destiny, last evening at the Errol Barrow Centre for Creative Imagination.

He explained: “We now exist as the architects of a new energy sector with the potential for vast savings in foreign exchange and concomitant benefits to our natural environment.”

Mr. Abrahams noted that he was keenly aware that this new policy for the energy sector must be one driven by a quest for carbon neutrality and the pursuit of 100 per cent of our electricity from alternative and renewable sources.

“If we are to achieve our vision of 100 per cent renewable energy (RE) by 2030, we must rely heavily on the knowledge, skills and expertise that we have honed from almost 40 years as leaders in the area of solar water heater technology, and in our undeniable interest in new entrepreneurial areas of RE and energy efficiency business development,” he stated.

He suggested that the Caribbean take note of the many automated business transitions occurring around the world and recommended that the region consider its role in becoming automated in areas such as agriculture and transportation, despite the casualty of disenfranchising the human resource element in the workplace.

Professor Clayton went on to highlight the way forward for the Caribbean, including increasing efficiency in food production, energy, water, waste and transportation; developing low carbon energy supplies and adjusting to an ageing society.

The BL&P’s Third Energy Talks was the first activity for Energy Month celebrations, themed: Executing the Energy Revolution in Barbados.