The Ministry of Health is committed to strengthening public education and the enforcement of legislation related to the ownership and care of dogs.

Health Minister John Boyce, at a press conference held at the Ministry on Wednesday, expressed condolences, on behalf of the Ministry, to the family of Verona Gibson, who died last Saturday after being attacked by a pack of dogs while walking in her neighbourhood.

Mr. Boyce said that the Ministry took the matter of the public health control of dogs extremely seriously and added: “It may be necessary at this time to review this legislation to determine if it requires amendment.”

The Minister, when asked about the possibility of the pit bull terrier breed being banned, said that while he was aware that the breed was one of four banned under the Dangerous Dog Act in the United Kingdom, discussions were preliminary at this stage as the Government reviewed the legislation with a view to any amendments.

Animal Control Officer (Acting), Peter Belgrave, of the Animal Control Unit explained that three of the breeds banned under the UK’s Dangerous Dog Act – the Fila Brasiliero, the Dogo Argentino and the Japanese Tosa – were bred for fighting while the history of the pit bull showed that it was bred for baiting bulls. 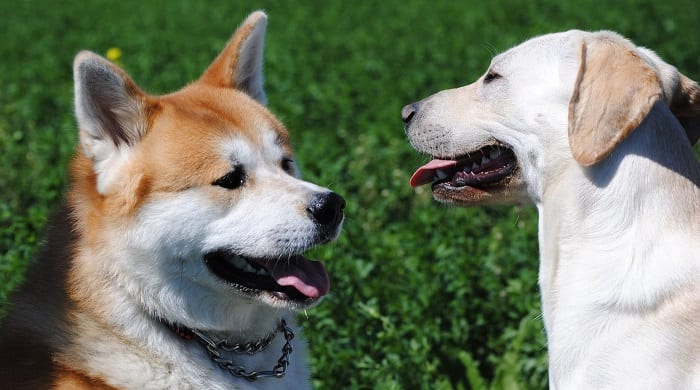 He disclosed that pit bulls had different temperaments and all of them were not aggressive, adding that some of them were used as service dogs.

Mr. Boyce stressed that dog ownership was a serious responsibility and he urged the public to make sure that their animals were licensed with the Animal Control Centre.

Noting that when dog ownership changed, the licence was not transferable, he advised: “If you have a dog that is not licensed, I urge you to get it registered as soon as possible. In addition, your dog should be secured on your premises at all times…and while in a public place, a dog must be wearing a collar with the tag attached and must be held on a lead.”

The penalty for failure to register a dog is $250. Owners can also be fined $100 for failure to attach the tag to the dog, or imprisonment for a period of one month or both. A dog licence is valid for 12 months. At the end of last year, 32,417 dogs were registered, while the number of dog owners on record was 20,781.