Growth Needed To Turn Around Economy 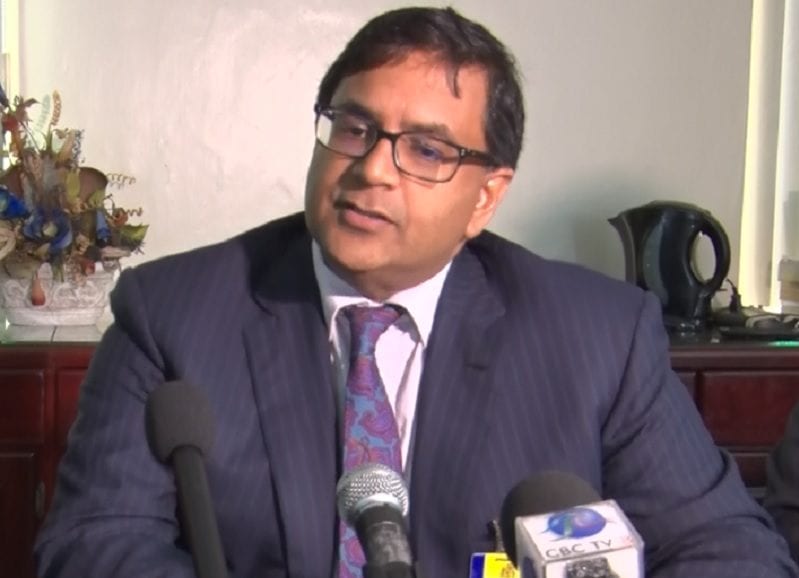 If Barbados’ economy is to recover from where it is today, no “nice tasting medicine” can be given!

That is the message from Special Advisor, Professor Avinash Persaud, who said the island’s economic predicament was unlike any it had seen in our lifetime.

Professor Persaud expressed this view on Thursday during a media briefing at Government Headquarters, where five members of Government’s economic team made a presentation on the Barbados Economic Recovery and Transformation Programme.

Describing the programme as a tough one, he stressed that it had to be developed to match the country’s tough situation.  He continued: “For anything to work, we need growth and there is no growth under the shadow of towering deficits and debt, so we have to deal with our deficits and debt. We have for the last 10 years spent $12 for every $10 that we have earned and every Barbadian knows that cannot work.”

Acknowledging that some were of the view that Government should sack 4,000 workers, the Special Advisor disclosed that the team’s view was that decision might solve one problem, but only by creating many others.

“The economic variables of inflation and deficit and debt – they are actually just symptoms of broken societies and if we were to send home 4,000 workers we would break our society and we cannot get to the road of success by breaking the society. That is the road to strife, it is not the road to success and so the Barbadian part of this Barbadian Economic Recovery and Transformation is to share this burden evenly.

Professor Persaud said Government would do a number of things to invest in those workers who might be displaced. He added that a $30 million training budget would be established, as well as a programme to digitise Government.

He pointed out that workers would be offered facilities to consider an alternative career in agriculture and they would also have the opportunity to bid for a special part of the $400 million Government procurement budget. He stressed that investment in people would allow them to be retooled, empowered, retrained and enfranchised.