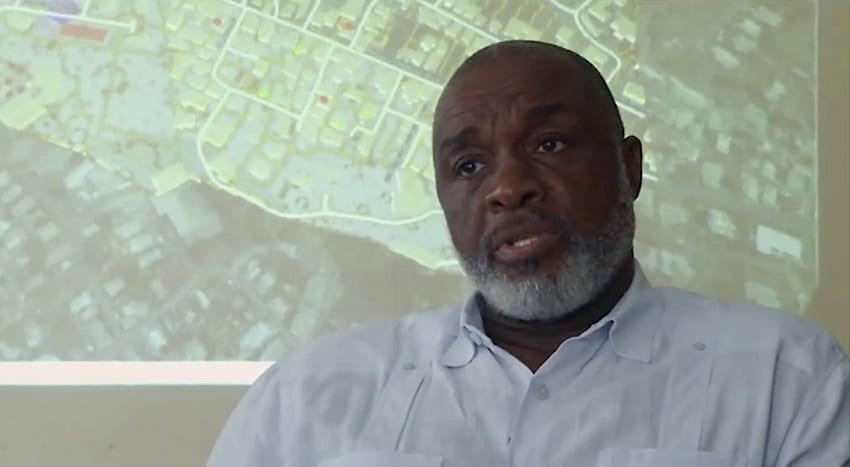 Over 50 applications have been received by the Town and Planning Development Office for development in the Arch Cot area since the building collapse and tragedy there just over 10 years ago.

This disclosure has come from Chief Town Planner, Mark Cummins, who said the applications were primarily for residential development, but some were also for change of use.

Mr. Cummins explained: “Brittons Hill is a heavily built-out area so there are not many vacant lots. Most of the applications have been for renovations to houses and in the odd case, erection of a residence or change of use of a residence.”

According to him, about 75 to 80 per cent of the applications received by his department had been approved and it was continuing to receive similar submissions. “From our planning control and planning enforcement section, we monitor the area quite vigilantly to ensure that persons are not carrying out development which requires planning permission.”

A family of five lost their lives in August 2007 when the apartment building in which they lived collapsed into a cavern at Arch Cot, St. Michael.

The Chief Town Planner noted that because of the incident at Arch Cot, a consulting team of private sector individuals had been put in place, as well as a steering committee of public sector officials, which was chaired by the Chief Technical Officer in the Ministry of Transport and Works.

“The committee’s final report played a significant role in helping the Town Planning Department because out of that report there was some mapping and we were able to put policies in place to guide the development of the Arch Cot area,” he stated.

According to him, it was recommended that a geotechnical study be requested with each application. “We would normally ask the applicant to submit a geotechnical study which would provide valuable information in terms of the load-bearing capacity of the soil of the proposed development to be undertaken. So, that is one major and significant change that has been put in place since the incident occurred at Arch Cot.

“…We have had resentment from a number of applicants for the submission of the geotechnical study because they speak to the cost of it, but we at the planning office don’t have any control of that. It is a precautionary measure and we are following the recommendation, so we do not grant planning permission for any development within the Arch Cot incident zone which does not have the benefit of a geotechnical study,” he insisted.

Mr. Cummins explained that after the geotechnical study was submitted to Town Planning, it was then forwarded to the Natural Resources Department, where Government’s specialist geologists do a peer review of it.

“Based on their response to us, if they are in agreement with the findings of the applicant, usually the decision is a yes, if they are not, we give the consultant who submitted the report an opportunity to amend what deficiencies have been found by pointing out to them areas that they should focus on. If they take that into consideration, it is then resubmitted to the Natural Resources Department and when the final okay is given, we would finalise the application. But we do take that process very, very seriously,” he maintained.

However, the Chief Town Planner stressed that geotechnical investigations or geotechnical studies were not exclusive to Arch Cot, but were also required for development on high cliffs, both coastal and inland.

“In most instances, this is for non-dwelling house types of development, such as condominiums, hotels and any sort of multi-storey development where the load-bearing capacity of the building is quite significant.

“But in some instances, if we have been advised after investigations by some of the agencies that we consult, for example, the Natural Resources Department or the Coastal Zone Management Unit, that there is need for a geotechnical study, then we would ask for one,” he explained.

Mr. Cummins identified Warrens and Cave Hill, St. Michael, as some of the districts outside of the high cliff areas which were required to provide geotechnical studies for multi-storey buildings.

The Chief Town Planner said though that it was necessary for builders to report any unusual sightings when they were carrying out excavations and hinted that a public awareness programme to that effect might have to be developed.

“We do have lots of caves and that is characteristic of Barbados’ karst limestone formation. When persons are excavating in preparation for construction and they find unusual geologic formations, they should get in contact with the Natural Resources Department. I think this is something that collectively, as regulatory agencies, we may have to put in place to sensitise builders, who are at the core of the development process, so they report any unusual things.” 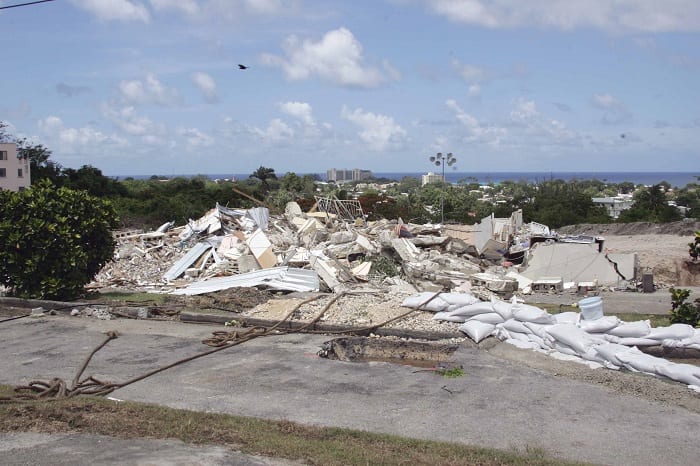 The demolished apartment building at Arch Cot, St. Michael where the Codrington family lost their lives in August 2007. (FP)

He gave the assurance to residents, as well as current and prospective owners of businesses in the Brittons Hill area, that his department would continue to carry out the necessary due diligence to ensure that submitted applications could fit on the site within the regulations.

He added that Town Planning’s decision would take the geotechnical study and the peer review by the Natural Resources Department into consideration.

“Therefore, my message to prospective residents and those who live there is, if you make an application to the planning department and you receive permission, you need to ensure that what you build is what approval was granted for. Persons like to make a little change here and a little change there and then those changes at the end of the day are tantamount to something significantly different than that development for which planning permission was granted,” he said.

For those persons who may be aggrieved at the insistence of a geotechnical study, Mr. Cummins stressed that it was for their protection and therefore it would continue to be requested.

“We think that out of an abundance of caution it is something that we should follow. We have been able to map the major sinkholes in the area with the benefit of the study and any development which is submitted in close proximity to the sink hole we send to the Drainage Division for review. Then the Drainage Division may also require additional information which we will then have to request from the applicant,” he explained.

He sang the praises of the geographical information system, saying it allowed his department to do precise plotting, as the officers who went into the field were the ones who ensured that what was submitted on paper could work on the ground.

The Chief Town Planner promised that his department would continue to work assiduously, not only for Arch Cot, but for the orderly and progressive development of Barbados.