Hard Work Pays Off For Springer 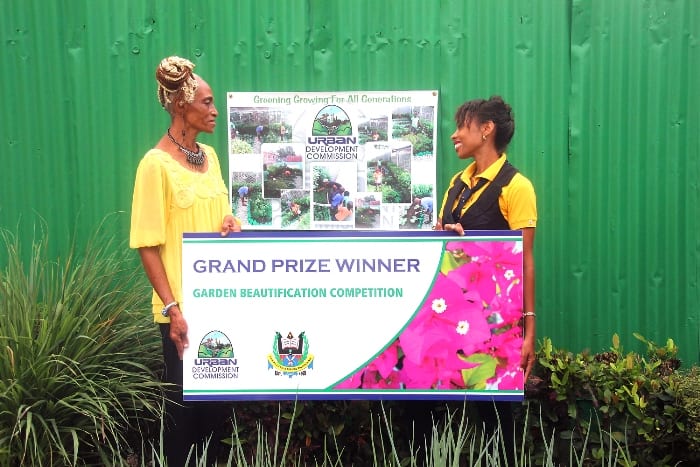 The hard work and long hours spent beautifying her surroundings paid off for Marcia Springer, the winner of the Urban Development Commission’s (UDC) 2016 Garden Beautification Competition.

Ms. Springer has won a water tank and irrigation system, which will be installed by students of the Samuel Jackman Prescod Polytechnic.

The excited woman, whose garden is made up of flowers, vegetables and herbs, said she was involved in gardening from 2005.

“I am proud to see that I could win the Urban Development Competition,” she stated, adding that she has won a number of garden competitions over the years, including this year’s AgroFest.

She pointed out that several children from her community regularly assisted her in the garden and expressed a keenness to continue sharing her skills with them so that they too would be involved in the agricultural sector.

Even though gardening is a lot of hard work, Ms. Springer is encouraging other Barbadians to take up the hobby, saying it would keep them fit, and they would have the added benefit of participating in competitions.

The competition, themed Greening, Growing for all Generations, was part of the UDC’s activities to celebrate Barbados’ 50th Anniversary of Independence. It was designed to encourage those living in urban areas to get involved in greening within their communities.