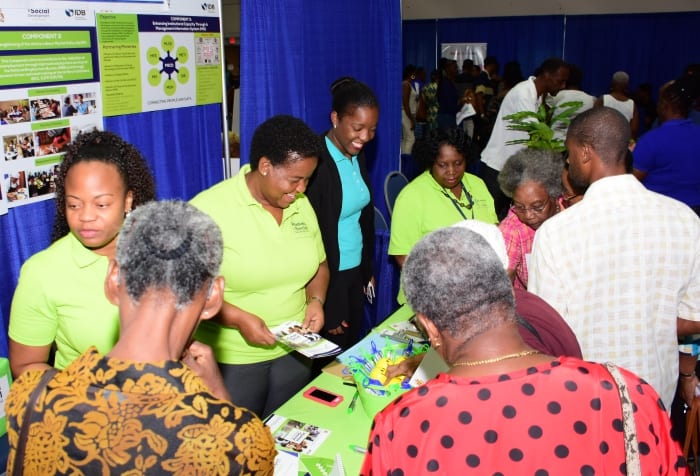 Patrons visiting one of the booths at the Ministry of Social Care’s Health Extravaganza at the Lloyd Erskine Sandiford Centre last Friday. (C.Pitt/BGIS)

Permanent Secretary in the Ministry of Social Care, Janet Phillips, has labelled the Health Extravaganza put on by her Ministry last Friday at the Lloyd Erskine Sandiford Centre, as a success.

The senior government official expressed her pleasure at the number of persons who attended the event, stating that it had exceeded what she had anticipated, estimating that there were close to 500 patrons throughout the day.

According to Mrs. Phillips, while persons were interested in all of the activities put on, she noted that there was particular interest shown in those offering massages and demonstrating how to cook a healthy meal on a budget, with many persons requesting recipes.

She further stated that based on the interest shown in this inaugural year, she would ensure the event would be staged again next year.