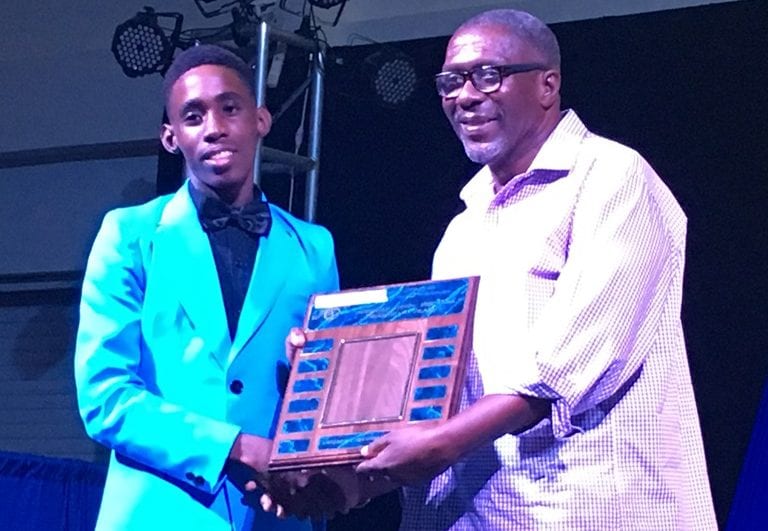 This year’s Schools’ Music Festival has been described as being of “an extremely high standard” by Parliamentary Secretary in the Ministry of Education, Science, Technology and Innovation, Senator Harry Husbands.

Speaking towards the end of the event at the Lloyd Erskine Sandiford Centre yesterday, Senator Husbands said it was quite clear schools had taken it to a high level in terms of their performances and seriousness towards the music.

“They are operating at a very professional level.  This is a tribute, first of all, to the teachers in the school, all those who worked with them and their parents, who in many instances, provided the equipment and the opportunities for these youngsters to be excellent,” he stated.

The Parliamentary Secretary praised the volunteers, who lent their assistance to the schools, and also commended all the conductors and directors for their efforts with the choirs.

Senator Husbands stressed there were various prospects open to students after the music festival, as a consequence of the Cultural Industries Bill, which afforded opportunities for the expansion of the industry in Barbados.

“The quality of talent that we see demonstrated here tonight is the beginning of great things to happen to some of these young people; one can see some of them going into performing, entertainment… in a full professional way. So, we are creating opportunities for the young people, whether in Barbados, the region, in the hotel industry or on cruise ships,” he indicated.

The Parliamentary Secretary further pointed out that opportunities to become certified under the Caribbean Vocational Qualifications would also augur well for participants.

“That lays the groundwork and the basis for them to seek employment in the entertainment industry, and when they go out there it is quite clear that they will be from the very start operating at an extremely professional level,” he maintained.

The Composer’s award went to Marlon Legall of the Coleridge and Parry School, while the Director’s award was presented to Dionne Timothy of Harrison College. Best Overall Soloist was Tia Corbin of The Seventh-Day Adventist School; Best Overall Vocal Ensemble was St. Angela’s; while Combermere took home Best Overall Instrumental.