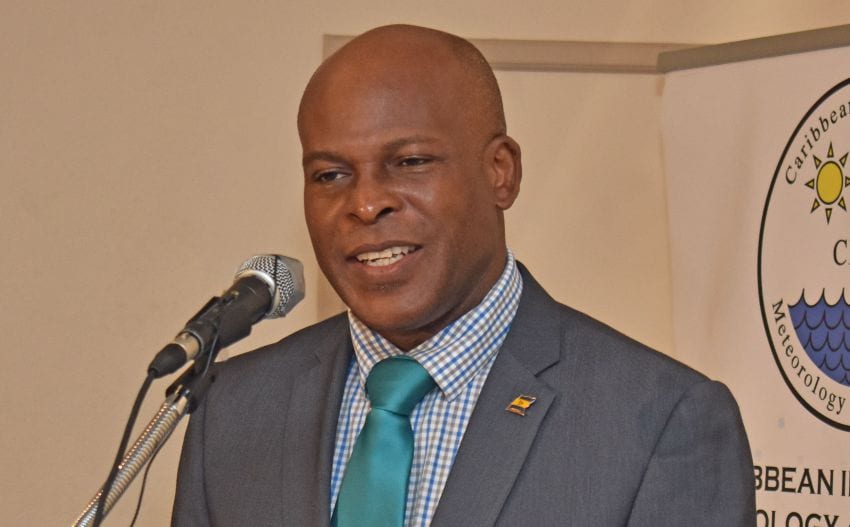 The vulnerability of the Caribbean to natural disasters is of key concern to Home Affairs Minister, Edmund Hinkson.

Addressing the launch of the CREWS (Climax Risk and Early Warning Systems) Caribbean Project, at Accra Beach Hotel today, he admitted: “For the six months that I have been Minister of Home Affairs and obviously Minister with responsibility for disaster management, risk management and relief, this has been one of my main concerns.

“Barbados, of course, for half of the year between June and November, is subject to risks of a hurricane and natural disasters and we all know that these can wipe out your economy very easily, as it has done in the past to other Caribbean countries such as Grenada and Dominica. This is of prime concern to us at the policy level and at the level of Government.”

Stressing that Caribbean countries had comparatively high vulnerability, he said although many efforts in disaster risk reduction had been made over the years, including strengthening of Early Warning Systems (EWS), there were still gaps in terms of preparedness.

However, Mr. Hinkson noted that we must hasten to recognize that past experiences and lessons learnt from these events must be utilized to define our individual, national and collective regional stance going forward.

While endorsing the CREWS Project titled: Strengthening Hydro-Meteorological and Early Warning Services in the Caribbean, the Minister noted its support for strengthening climate resilience and EWS in Small Island Developing States and Least Developed Countries.

He stressed it was expected to also improve end-to-end EWS as well as reinforce national and regional resilience for hydro-meteorological hazards in the Caribbean through Impact-Based Forecasting. 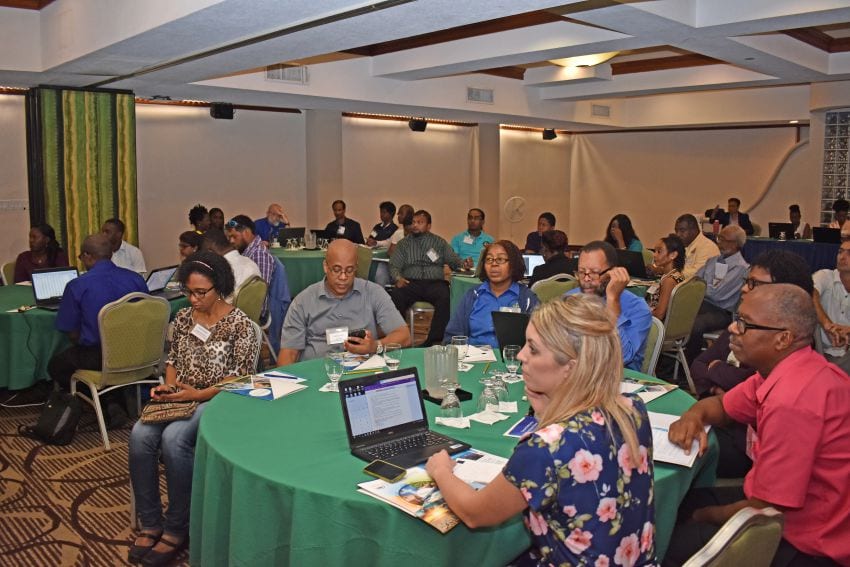 Recalling that severe hurricane seasons, like the one in 2017, caused loss of human lives, and severe damage to assets, infrastructure and other property that hindered economic growth in the Caribbean, the Home Affairs Minister said a study of the 2017 Caribbean Hurricane Season, commissioned by the World Meteorological Organization and supported by the CREWS Project, showed forecasts for the hurricanes were generally timely.

He added that it also showed: there was a low prediction rate for secondary hazards such as flooding and landslide events; monitoring and forecasting for multi-islands continues to be a challenge; and local communities are not always aware of the significant risk they are living with across the Caribbean.

The study also highlighted a need for increased resilience (including backup and communication systems) and the need to have an awareness of the different ways women and men, boys and girls receive and interpret risk messages, and are also impacted by the same events.

Registering concerns about the disabled, he added: “In terms of working with people with disabilities, they are some of the most vulnerable … in terms of having to deal with a disaster and making preparation for them to move to hurricane shelters and safer grounds.

“Clearly this important project has recognized the lessons learnt from our shortcomings in previous hurricane seasons and aims at strengthening early warning and hydro-meteorological services in the CARICOM countries…. We look forward to the initiative, which will be implemented during the coming three years.”