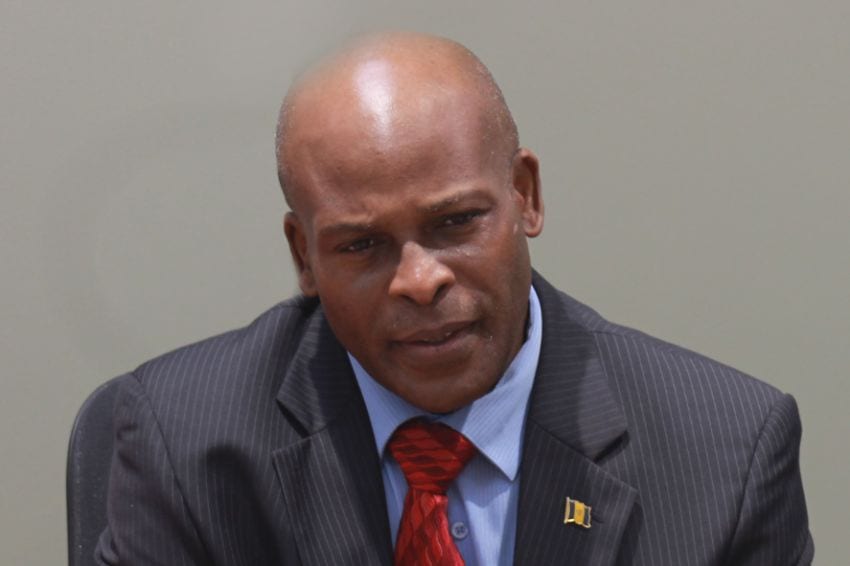 Human trafficking is a crime in Barbados that is punishable with the imposition of a $1 million fine, 25 years in prison, or both.

Minister of Home Affairs, Edmund Hinkson, issued this warning yesterday after a recent raid of Bridgetown bars attracted the attention of the Human Trafficking Unit of the Royal Barbados Police Force and Interpol.

And, he has vowed that his Ministry and its related departments will do all in their power to ensure that all forms of human trafficking are far removed from Barbados.

Mr. Hinkson explained that the country was party to the United Nations Convention against Transnational Organized Crime, which was signed on November 15, 2000, and entered into force as an international obligation on September 29, 2003.

“This Convention has been enacted into the Laws of Barbados so a person who for the purpose of exploiting, and by exploiting it includes by abusing [another person’s] position of vulnerability; fraud, deception and such a person who recruits someone into Barbados is guilty of trafficking in persons and is liable to a fine of $1 million or 25 years in prison or both,” the Minister outlined, noting the Act was passed in Parliament in 2016.

He explained that under the Act, a person who acted as another person’s manager, employment agent or solicitor of clients; [and] who knowingly procures, destroys, conceals, removes, confiscates or possesses any travel documents, including a passport belonging to another person; or a document establishing their identity or immigration status, is guilty of an offence. That offence, he added, attracted a fine of $250,000, or a term of imprisonment of 20 years, or both.

Mr. Hinkson further pointed out that a person who received or obtained a financial or other benefit, knowing it resulted from human trafficking, is guilty of an offence and is liable on conviction to a fine of $1 million or imprisonment for 25 years or both.

Mr. Hinkson added that the weight of the fine and the length of the sentence showed that the Parliament of Barbados took the matter of human trafficking “very, very seriously”.

“I say no more other than a word to the wise is being sent. Police Officers have the authority to investigate human trafficking and are obliged to do that under the Laws of Barbados and in pursuance of the international obligations of Barbados under the United Nations Convention.

“We will not be threatened or abused in any way from complying with our duties in our various capacities and in seeking to ensure that the Laws of Barbados are complied with, and that issues related to human trafficking are as far as possible, removed from the territory of this country,” Mr. Hinkson asserted.