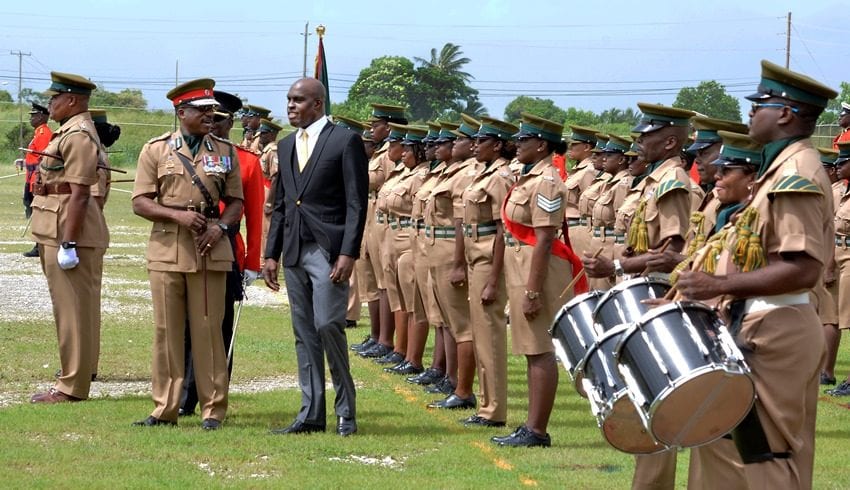 The rehabilitation and reform of all inmates at HMP Dodds Prison remains a core function of the penal institution, despite the challenges it encounters along the way.

And, as the penal institution celebrates its 10th anniversary, Superintendent of Prisons, Lieutenant Colonel John Nurse, has given the assurance that the institution takes its mission to assist in reducing crime and the improvement of public protection seriously.

“We are expected to deliver more than incarceration. The demand now is for a more seamless reintegration of offenders into the community, a circumstance which requires a more focused and joined approach to sentence management of offenders,” he said.

He was at the time speaking during the Barbados Prison Service’s 10th Anniversary Parade and Award Ceremony, held on the grounds of the St. Philip penal institution recently.

The Superintendent said Barbados, like many of its regional counterparts, had engaged in preparing incarcerated offenders for life after prison through a number of initiatives, designed to assist in determining the appropriate care and treatment required to ensure successful reintegration into communities.

But, he said, that process is not without its challenges as prison officers are often exposed to great risks daily as they execute their function.

“Their work involves close contact with prisoners with inherent dangers and stress from the threat of violence and the handling of inmates, some with infectious diseases, psychiatric problems and complicated backgrounds,” Lieutenant Colonel Nurse said.

In addition, he further noted that prison officers also had to conduct searches against suspected drugs and other contraband smuggling. 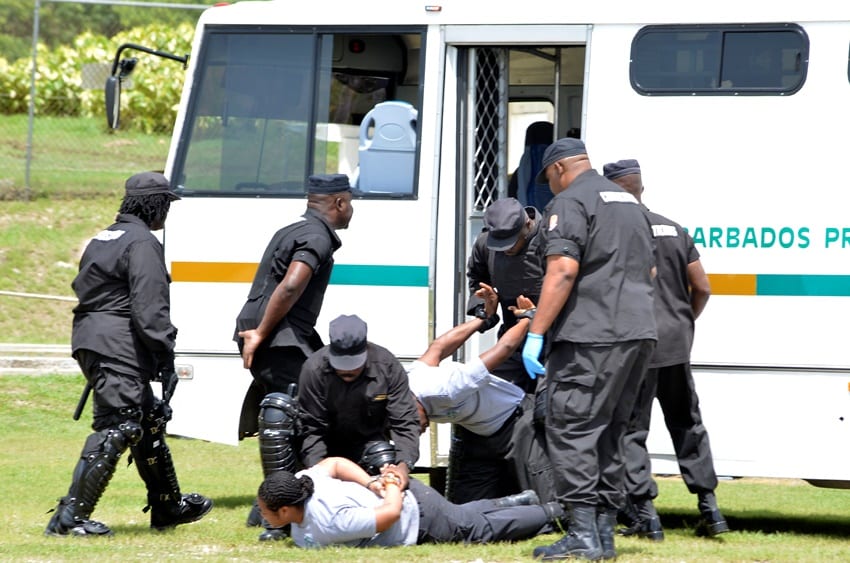 “The resultant demand on the mental and physical fitness of the staff, therefore, is high, having to cope with frequent outdoor and indoor patrolling duties as well as long hours of standing throughout the shift period,” he said.

However, he noted that despite these challenges, staff were expected to be alert at all times while on duty, to make correct and timely decisions, especially when dealing with any irregularities, unpredictable or violent situations such as disturbances that may arise.

Despite the challenges and to meet the rehabilitative needs of inmates, the prison Superintendent boasted that the prison now employed social science practitioners, qualified in a range of precious skills, particularly those relevant to the reformative efforts being undertaken by the facility.

He admitted, however, that despite the strides made, there were still some areas which required urgent attention.

“In overcoming some of the challenges which we still may face, we must remain focused on our core functions of rehabilitation and training. It is certain as we move into a new decade here at Dodds, that our human resource asset will receive the significant attention it deserves, he contended.

During the presentation of awards acting Minister of Home Affairs, Michael Lashley, presented Prison Officer 1, Derick Morris with the Prison Officer of the Year Award.

Meanwhile, Prison Officers Arlington Bourne and Deighton Davis received the Minister’s Award for their commitment to the job, demonstrating a high standard of leadership and exceptional performance.