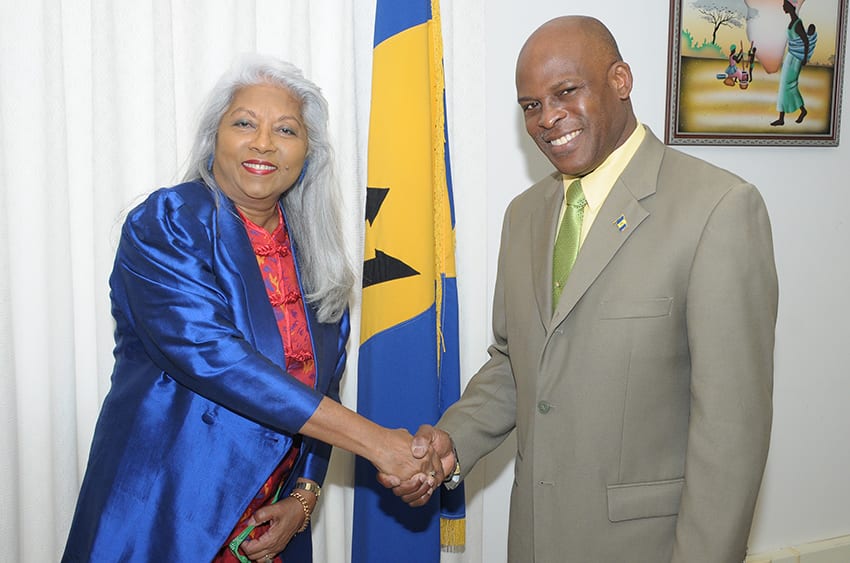 Speaking during a courtesy call with the Republic of Guyana’s Consul General in Barbados, Cita Pilgrim, Mr. Hinkson contended that Barbados’ population of 280,000 could not fully support the standard of living the country was aiming to achieve and there was a need for people in their 20s and 30s to migrate into the island to contribute.

He suggested that there was a direct correlation between the decline in the Barbadian economy and the exodus of Guyanese from Barbados a decade ago, since this particularly impacted the agriculture and construction sectors.

He said he fully supported the movement of people into Barbados once they were law-abiding, were not a charge on the public purse and were no threat to national security.

The Minister of Home Affairs made it clear, however, that once it was established that those seeking to enter the island were involved in any kind of illegal activity such as drugs or prostitution, action would be taken to prevent entry.

Mrs. Pilgrim assured the Minister that the Consulate, established in 2012, had always and would continue to cooperate with Police and Immigration officials in Barbados on matters involving Guyana nationals.

She, however, urged greater communication from those authorities especially in relation to informing the Consulate in a timely manner when Guyanese were detained at the ports of entry or were arrested while in the island.  She said the Consulate would also welcome Government’s assistance in determining how many Guyanese lived in Barbados.

Minister Hinkson promised to investigate the protocols involved and to see how the channels of communication could be improved.