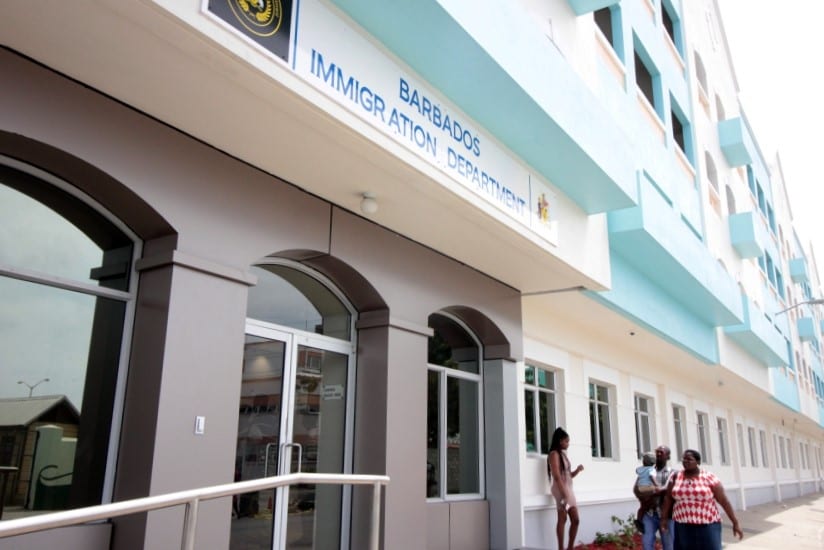 The Ministry of Home Affairs continues to engage in talks with the Immigration Department and the National Union of Public Workers (NUPW) to have the issues raised by staff resolved.

Last Monday, the parties did a walk-through of the department, which was followed by cordial and frank discussions at a meeting chaired by Minister of Home Affairs, Edmund Hinkson.  He was joined by Acting Permanent Secretary in the Ministry, Deborah Payne, and Deputy Permanent Secretary, Charles Piggott.

Among the issues raised were outstanding appointments, changes in the qualification order, a shortage of staff, the introduction of kiosks at the Grantley Adams International Airport, the removal of Immigration Officers from the departure area of the Airport and environmental issues. The need for an off-site detention centre to house persons being deported was also raised during the meeting.

Minister Hinkson gave the undertaking that matters relating to outstanding appointments and changes in the qualification order and its effects on officers would be referred by his Ministry to the relevant Ministry.

He said that utilization of the kiosks would result in an easier process for entry into Barbados by both residents and visitors alike.  He also assured the trade unionists and immigration management that no Immigration Officers would be retrenched as a result of the kiosks being installed.

The Minister also gave instructions for the necessary follow-ups to be conducted with the relevant stakeholders to resolve the remaining environmental issues at the department’s new Princess Alice location.

The parties agreed to resume talks at a later date, if necessary.