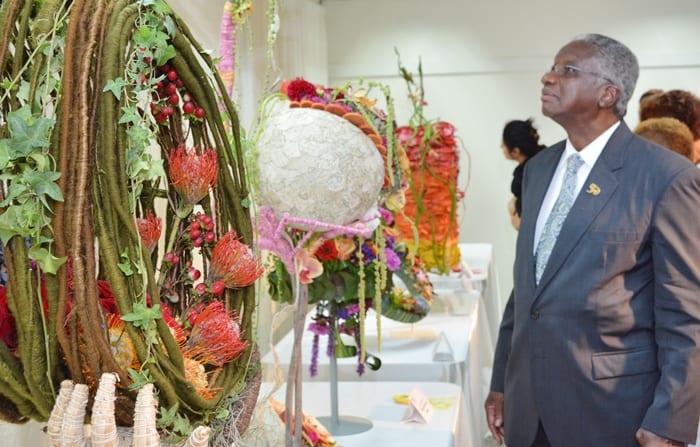 Prime Minister Freundel Stuart has identified the growing horticulture sector as having the potential to earn foreign exchange for Barbados and diversify the agricultural industry at the same time.

He made the comments last evening as he addressed the World Association of Floral Artists’ 12th World Flower Show, Flowers in Paradise, at the Lloyd Erskine Sandiford Centre.

Mr. Stuart said that in recognition of the potential of the sector, Government, through the Ministry of Agriculture, Food, Fisheries and Water Resource Management (MAFFW), has supported and facilitated its development.

“Through its research at the Bullens Agricultural Station, the MAFFW has endeavoured to increase the production of commercially viable ornamental plants; [and] enhance the quality of ornamentals through advanced plant husbandry, nursery and tissue culture methodologies,” he stated.

The Prime Minister pointed out that in support of the open field and greenhouse facility plantings at the Bullens Station, more technical breeding work was undertaken at the Government’s Tissue Culture Laboratory at Diamond Valley, St. Philip.

He explained that through genetic manipulation, new cultivars were being produced which were suited to Barbados’ agro-ecological environment. “It is anticipated that a number of these cultivars can be made available as soon as practicable to local horticulturalists and florists.” 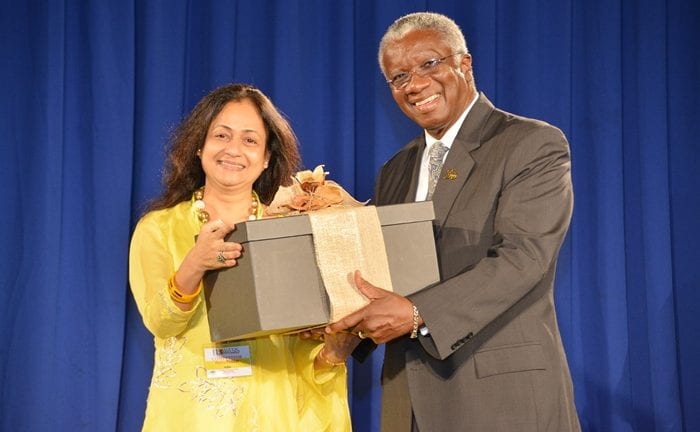 Mr. Stuart commended the World Association of Floral Artists Barbados (2014-2017) for securing the hosting of the prestigious show. He described it as an opportunity to expose local floral artists, arrangers and the population to the development of floral art from around the world and promote Barbados as a desirable tourist destination.

He informed his audience that some of the persons attending the show were not competitors, but were taking advantage of the opportunity to visit Barbados. He disclosed that over 20 hotels, from the intimate to the luxury, as well as a number of villas, had been booked by those who would be coming for the show.

The Prime Minister continued: “Our stay-over tourist arrivals for 2016 surpassed those for 2015 by about 6.7 per cent, and from the trends for this year so far, it appears that 2017 will also surpass 2016.”

The World Association of Floral Artists has a membership of 31 countries and this year’s show has attracted over 430 registrants from 28 countries.

A number of persons received prizes for competing in the 22 categories, and seven special awards were presented. Two of those receiving the special awards were Noreen Bayley of Barbados, who copped the President’s Award; and Renu Poddar of India, who received the Best in Show Award.