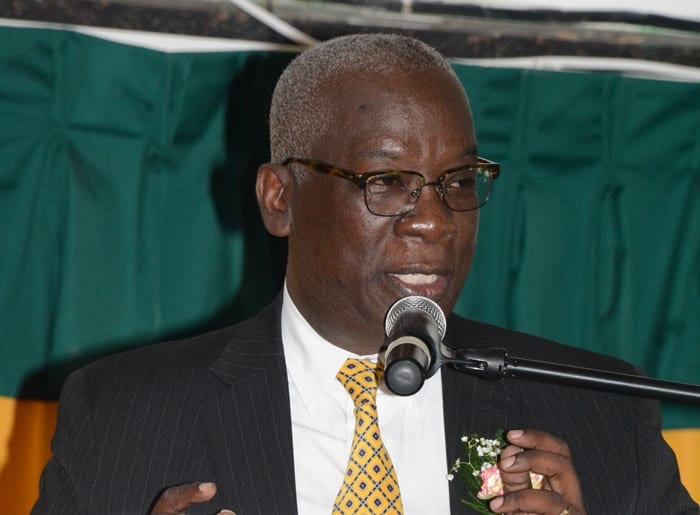 Education Minister Ronald Jones is of the view that the Human Resource Development Strategy (HRDS) has worked to transform the lives of Barbadians.

Addressing last Saturday’s milestone ceremony for the HRDS at the Lloyd Erskine Sandiford Centre, he said the country had “toiled for five years” to bring it to fruition but change was evident.

“Most important is what it has done. It has touched lives; it has changed lives; it has transformed the lives of so many… and I am sure locals and others agree we can build upon the success thus far,” he pointed out.

Mr. Jones, who is also responsible for Science, Technology and Innovation, stressed it was important that all citizens, with the assistance of the European Union [the funding agency behind the HRDS], continue on with the project to build and enhance the skills, talents and competencies of the nation.

Furthermore, he alluded to the success of other programmes, such as A Ganar and the Competency-Based Training Fund, noting that these too had brought changes to people’s lives, affording opportunities for certification and qualifications.

“All of that is a result of the commitment to our people through the work of development agencies to make a difference in the lives of our people,” he declared.

While adding that the future generations depended on such programmes, he said it was necessary at each phase of the process to retool, reignite and re-equip citizens to face the future with hope.

The Barbados Human Resource Development Strategy 2011-2016, which officially began in December 2010 with the signing of the Financing Agreement between the Government of Barbados and the EU, is a comprehensive, coordinated, multi-sectoral programme that seeks to harmonise efforts at human resource development.

The initiative, which is built on five pillars, is expected to sustain investment in human capital development through the provision of an effective education and training system.