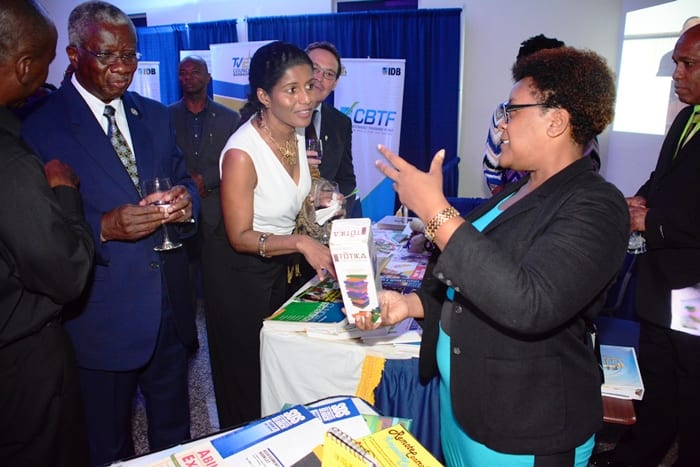 This was disclosed by Minister of Labour, Senator Dr. Esther Byer Suckoo, at a milestone ceremony to highlight the achievements of the Strategy at the Lloyd Erskine Sandiford Centre last Saturday.

Dr. Byer Suckoo explained that the Strategy, designed to increase Barbados’ human capital capacity, was a collaborative effort of the Ministry of Education, Science, Technology and Innovation; the Ministry of Labour, Social Security and Human Resource Development; and the European Union.

According to the Minister, the programme, which ran from 2011 to 2016, recorded many successes. In the last three years, the Ministry of Education established the New Horizon Academy, an alternative at-risk facility; more than 6,000 civil servants received HRD-related training under the auspices of the Training Administration Division; and the Ministry of Agriculture was able to develop its Youth Agri-preneurship Incubator Programme.

The Barbados Government Digital Strategy, which was led by the Ministry of the Civil Service, received significant injections of funds from the HRD programme, the Minister said, and the Ministry of Housing and the National Housing Corporation were also assisted in the development of an enterprise content management system.

The Ministry of Industry, International Business, Commerce and Small Business Development received support for the promotion and building of capacity in its Small Business Centre and more than 100 staff members of the Psychiatric Hospital were trained in trauma and crisis intervention, therapeutic management of violence and aggression and basic cardiac life support.

Higher education institutions such as the Technical and Vocational Education and Training Council, the Samuel Jackman Prescod Polytechnic, the Barbados Community College, Erdiston Teachers’ Training College, the Barbados Vocational Training Board, and the University of the West Indies, Cave Hill Campus, were direct beneficiaries of the programme.

Dr. Byer Suckoo said that support was also provided to a number of other interests, including the disabled community, youth development projects, the cultural industries sector, community initiatives, innovators and entrepreneurs.

The Minister told those attending the ceremony: “Having demonstrated what can be achieved, the lives that can be positively impacted and the economic gains which can be realised, I am convinced that the necessary support and funding to sustain this HRD Strategy Programme, beyond the EU financing, is justified and would be well spent.”