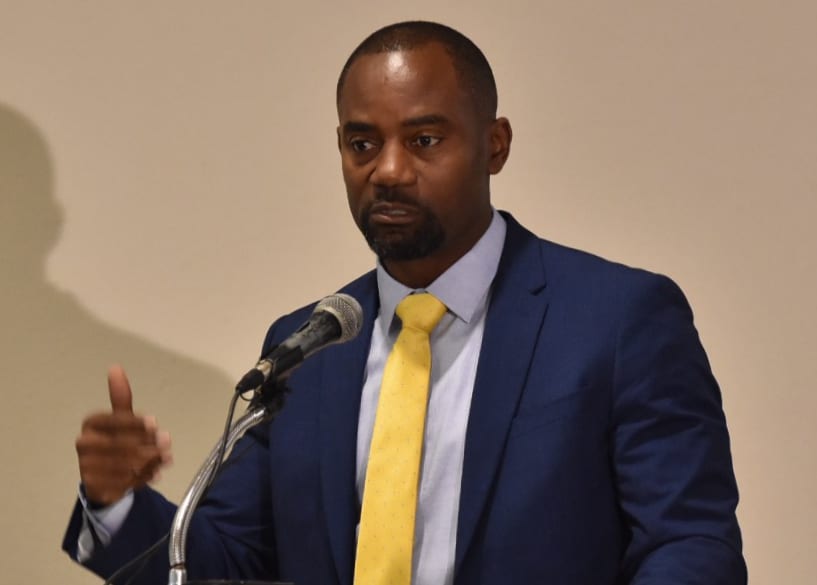 Enough time and consultations were given prior to Government’s announcement that all petro-based single-use plastics will be banned in Barbados from Monday, April 1.

Minister of Maritime Affairs and the Blue Economy, Kirk Humphrey, made this clear during a joint press conference with Minister of the Environment and National Beautification at the Ministry’s Charnocks, Christ Church office, on Tuesday.  He was responding to comments that “not enough time was given to get rid of old stock”.

Stating that the time had come for the line to be drawn in the sand, Mr. Humphrey said: “April 1 is that line.  After April 1, the items we mentioned will not be able to be used.”

Products such as single-use plastic cups, cutlery, including plastic knives, forks and spoons; stirrers; straws; plates; egg trays (both plastic and styrofoam), and styrofoam containers used in the culinary retail industry will be banned from that date.

Meanwhile, the ban on all petro-based plastic bags, with the exemption of those used for the packaging of pharmaceuticals/medicines, hygiene and the preservation of food, will take effect from January 1, 2020.

Mr. Humphrey explained that consultations with stakeholders began in early September, and they indicated at that time that the original start date of January 1, 2019, was too soon and that they would need an additional six months to get rid of existing stock.

“That moved us from January [2019] to April [2019] giving people enough time to move the existing stock. Unfortunately, some people, notwithstanding the request for six months, have brought in more styrofoam, needing an additional six months to be able to get rid of it.

Mr. Humphrey added that his Ministry was presently working with the Chief Parliamentary Counsel to finalize legislation which will carry severe penalties for any breaches.

However, he noted that the aim was to drive the process through a cultural shift and the recognition that everyone had a role to play in protecting the country’s environment for generations to come. “We know it will take time for people to adjust.  We will work with people to ensure that we get where we need to get,” the Minister pointed out.

He further stated that some manufacturers and retailers have already indicated a willingness to play their part in the process and also fund clean-up campaigns going forward.