Husbands: Women Important To Any Society 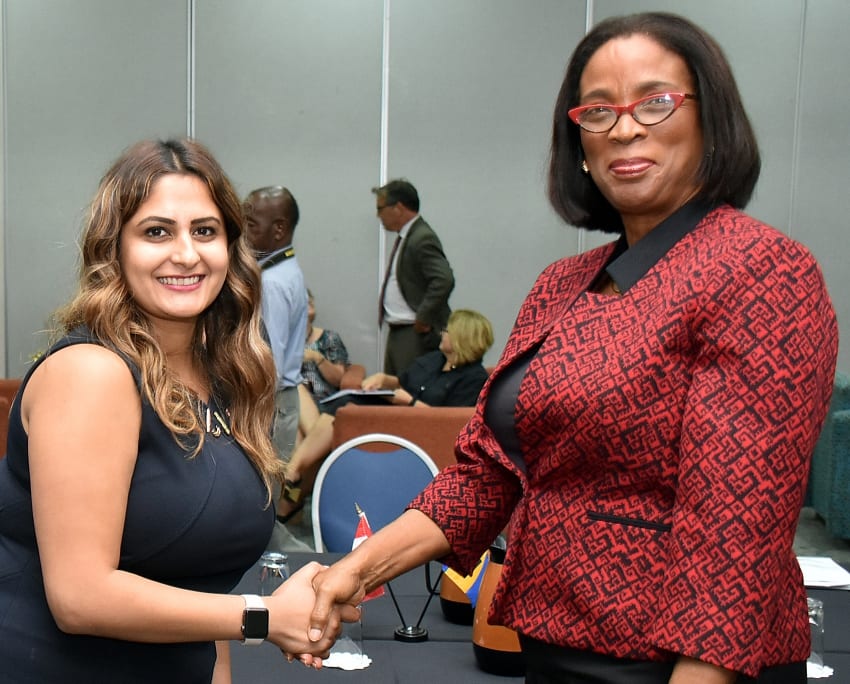 Minister in the Ministry of Foreign Trade, Sandra Husbands, has underscored the importance of women, saying that any time they are oppressed, the nation is the poorer for it.

Ms. Husbands expressed this view last evening while addressing a joint press conference with Canada’s Parliamentary Secretary to the Minister of International Development, Kamal Khera. The press conference was held at the Lloyd Erskine Sandiford Centre and it was called to announce a project to strengthen women’s organisations across CARICOM.

“Canada has been a tremendous champion of women and gender issues and once we bring that balance to the world, the world would definitely be a stronger and better place. So, we are looking forward very much to the work you will be doing across the region, in terms of your grant funding, to be able to assist us with our gender issues,” she stated.

The Minister emphasised the importance of advancing the cause of people in an effort to help them better their lives. “If each of us keeps that in the forefront of our minds as we do what we do on an everyday basis, then there is so much more that we could do to better the lives of people and that is why your particular grant funding is going to be very important because it will better the lives of women,” she stressed.

She expressed the view that women in Barbados were making great strides, but suggested that more needed to be done. According to her, women must seize opportunities and convert them to help them fulfill their purpose.

Minister Husbands thanked Canada for its support and friendship and said she was looking forward to working on the important project.

Ms. Khera said Canada would contribute Can$ 4.8 million over five years to strengthen women’s organisations and movements across CARICOM countries. She stressed that women must be involved at all levels of Government in finding solutions that protect the rights and interests of everyone.

The Parliamentary Secretary pointed out that the funding would support women’s organisations across 10 CARICOM countries so they could network and advocate collectively to effect real change.