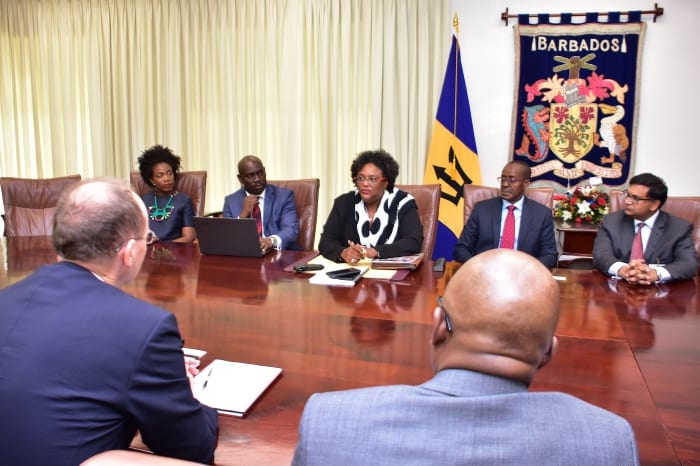 The Government of Barbados announced today that a team from the International Monetary Fund (IMF), led by Bert van Selm, has concluded its three-day visit to Barbados.

During this visit, the Fund team was updated on the economic and financial situation in Barbados.

Preliminary discussions were held on the key challenges faced by the Government, including the country’s very low level of international reserves, its unsustainable debt, and the need to develop an economic plan designed to address current imbalances and create the conditions for sustained broad-based growth.

The Government also announced that is has retained the services of Cleary Gottlieb Steen & Hamilton LLP as external legal advisor in the context of the planned debt restructuring that was announced on June 1,  2018.

Information for creditors will be posted periodically at https://gisbarbados.gov.bb/creditors/.

For any questions on this press release, please contact the Director of Finance & Economic Affairs at +1 246-535-5668.