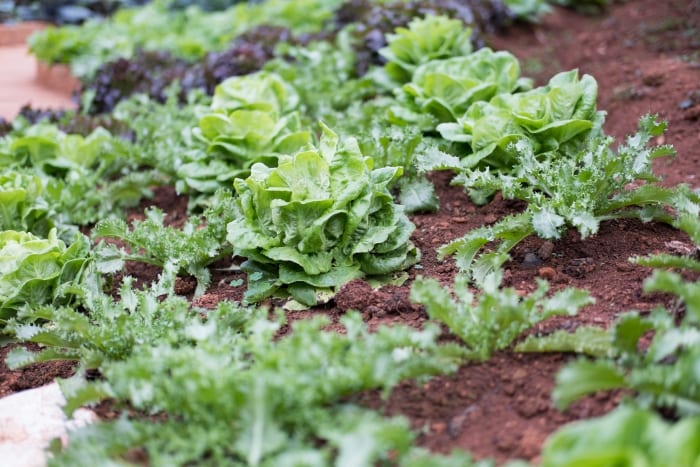 Given the increased demand for romaine lettuce in Barbados, the Ministry of Agriculture, Food, Fisheries and Water Resource Management has embarked on a mission to increase local production of the commodity, with the aim of reducing its importation and, ultimately, the high food import bill.

This is according to Senior Agricultural Assistant, Owen Gamble who was speaking at a recent Field Day to educate farmers on Romaine lettuce. It was held Tuesday, at the CARDI facility located on the Ministry’s Graeme Hall, Christ Church compound.

Mr. Gamble revealed that while the cultivation of the local green loose-leafed lettuce remained high, “substantial quantities” of the romaine and iceberg varieties were being imported. In fact, he cited data from the 2011 food import bill, which showed that lettuce was the fifth most imported vegetable, with over 287,000 kilogrammes brought in at a cost of more than Bds$680,000.

This, Mr. Gamble said, has led to the Ministry’s classification of lettuce as a “priority crop” for import substitution. It is against this background, he said, coupled with the commodity’s market potential, that officials were researching romaine cultivars to determine the varieties best suited for Barbados in terms of adaptability to our climate, quality, yields, cost of production, marketability and susceptibility to diseases.

The Senior Agricultural Assistant stated that to date, the Ministry had selected four varieties for use in trial plots and these were growing well. More trials, he added, were slated for the future.

Mr. Gamble noted it was important that farmers be educated about the cultivation of lettuce, if they were to be encouraged to take on this pursuit. He explained that in order to have a successful crop, they needed to be knowledgeable about the cultivars’ heat tolerance; vulnerability to tip burn, a calcium deficiency which manifests as a browning of the tips of the leaves of a plant; and bolting, a condition in which the stressed plant flowers before maturity, among other things.