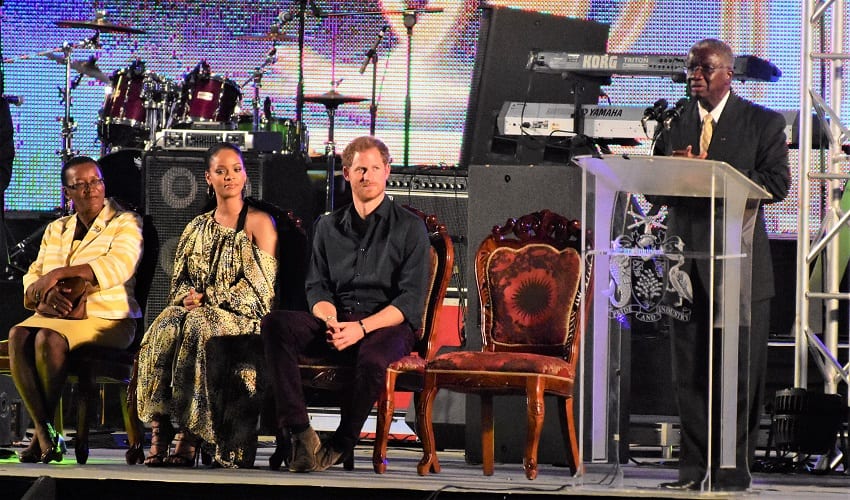 Prime Minister Freundel Stuart has described the near year-long celebrations of Barbados’ 50th Anniversary of Independence as “a resounding success”.

Mr. Stuart expressed the view on Wednesday, at the Golden Anniversary Spectacular Mega Concert at Kensington Oval, which culminated the Independence celebrations.

The Prime Minister told the thousands gathered, including His Royal Highness Prince Henry of Wales, Barbadian international superstar Rihanna, and President of Guyana, David Granger and his wife Sandra, that it was a worthwhile year and the celebrations were justified.

“The year could not have been as fruitful and as successful as it has been, had it not been for your cooperation and for the maturity which you have shown…. You are the best advertisement that Barbados is in fact 50 years old as a nation,” he stated.

Mr. Stuart thanked all Barbadians for “the strength of character shown” during the celebrations and for their readiness to learn and share their learning with others. He continued: “I feel assured tonight as Prime Minister of Barbados that the country is in good hands for the next 50 years.”

Mr. Stuart noted that when the 50th Anniversary celebrations were launched on January 6 this year, he said to the country that it was not intended to be a period of unrestrained merriment, but a time to reflect on the journey Barbados had travelled over the last 50 years.

The Prime Minister pointed out that during the celebrations Barbadians were given opportunities to focus on a number of key persons and significant events in the country’s history.

He highlighted some of them as the rebellion at Bayley’s Plantation 200 years ago; the life of Barbados’ only living National Hero and cricketing legend, the Right Excellent Sir Garfield Sobers; the seven Prime Ministers who have led Barbados’ Independence; the contribution made by the labour movement to the solidification of Barbadian democracy; and the contribution of women, namely Barbados’ first female Governor General, Dame Nita Barrow.

At the start of the nearly six-hour long concert, Rihanna sang the national anthem with the Barbados National Youth Choir, and during the night, Barbados’ best talent was on show.