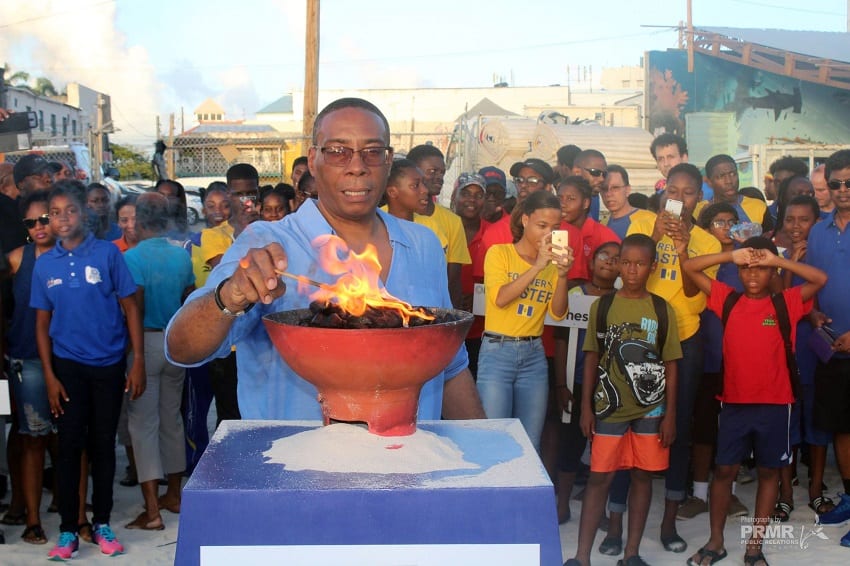 Activities to mark Barbados’ 52nd year of Independence were kicked into high gear with the launch of the Barbados Independence Invitational Games (BiiG) recently at Pirates Cove on Bay Street.

The event is hosted by the Barbados Olympic Association (BOA) and is in its third year.

Featured speaker, Minister of Creative Economy, Culture and Sports, John King, explained that the games had been “making an impact in the local, regional and even international sporting arena, by creating a level of excitement among sports practitioners and enthusiasts, and an increased awareness of Barbados as a sports destination”.

Mr. King lauded the organizing team for planning the event, which will see participation from 27 National Federations. He also noted that the BiiG Games had attracted visiting participants from 13 regional and three international countries, with surfing attracting over 130 persons.

Teams will compete in a number of disciplines, among them Volleyball, Archery, Beach Rugby, Orienteering, Surfing, Kayaking and Taekwondo.

Pointing to the Inaugural World Beach Games which are slated to be held in San Diego, in October 2019, the Sports Minister pointed out that Barbados had an opportunity to “capitalize on the heightened interest in beach games and to be the venue for an annual beach games festival”.

Against this backdrop, he encouraged the BOA to expand the beach festival component of the BiiG Games. He also called on other national federations with sports disciplines that are either intended for or could be adapted to be beach activities, to consider participating in the games.

Mr. King said he was pleased with some of the other disciplines which would be featured during the games. “I am happy to see that some of the participating Federations have been engaging the non-traditional sports facilities and hosting their events in school halls.  This redounds to taking the events back to the community, a much desirable fillip to re-invigorating our sports at the community level. I would certainly wish to see this continued,” he stated.

The BiiG games continue at Pirates Cove until Sunday, December 9.