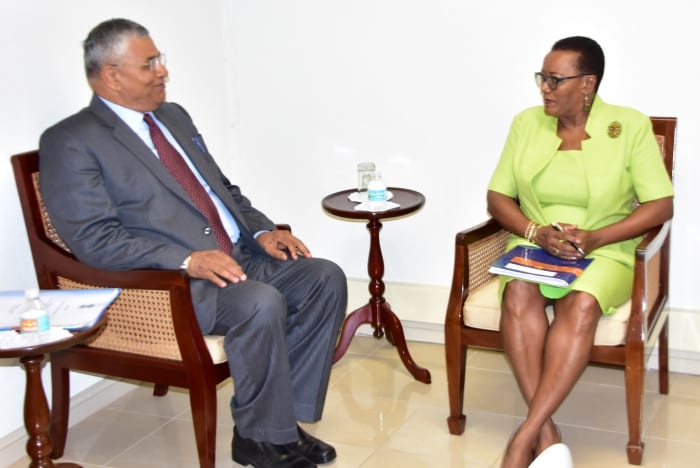 India’s Minister of State for Corporate Affairs, Law and Justice, Shri P. P. Chaudhary, has praised the long-standing relationship between India and Barbados and pointed to specific initiatives that would further enhance the cordial ties.

He gave this undertaking recently, during a courtesy call on the Minister of Foreign Affairs and Foreign Trade, Senator Maxine McClean, at the Ministry recently.

The Indian official mentioned cooperation in agro-processing, health and education as existing areas of cooperation that could be strengthened to the benefit of both countries. He also suggested the need for a Double Taxation Agreement (DTA).

In turn, Senator McClean said that both countries should pursue a DTA since it opened up other opportunities for further collaboration. She added that Barbados was keen to collaborate on renewable energy, greenhouse technology, basic electricity generation and film production.