Inniss: Focus On The Way Forward 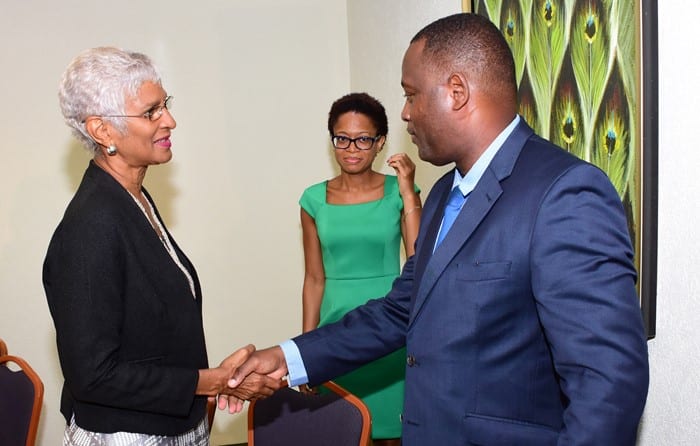 Industry Minister, Donville Inniss is urging his regional counterparts to focus on making a difference in driving forward the process for better facilitation of business within the region.

He made these comments this morning at the opening of a two-day Regional Consultation on the CARICOM Strategy for Regional Implementation of the World Trade Organization Agreement on Trade Facilitation, at the Radisson Aquatica Resort.

During his address, Mr. Inniss told attendees that far too often he has heard the cries of legitimate business persons who were frustrated with the tardiness of agencies responsible for the smooth movement of goods.

“This region really needs to adopt an attitude that no one owes us a favour and that we have to get up and earn our way in life in a sustainable manner.  Hence, inordinate delays at the airports and sea ports not only frustrate buyers and sellers, but certainly add to the cost of living in this region.”

When goods are not released from the Bridgetown Port in an adequate time, he added, someone had to pay the price for such delays.

“When importers have to pay high fees to have containers inspected outside of “normal” business hours, someone has to pay that additional cost. I look forward to the day in this region when normal work hours means that critical businesses operate on a 24/7 basis with reduced overtimes at exorbitant rates and a true shift system. I am afraid that most of our ports in this region are controlled by an antiquated labour group and a style that continues to inject fear sometimes without being reasonable,” he charged.

Mr. Inniss contended that “we frustrate, not facilitate, trade”, when exporters have to pay workers to stand up with folded arms and watch others load vessels.

“When we spend valuable time arguing for greater protectionist measures such as more licences, higher rates of duties and quotas, as opposed to focusing on greater efficiencies, higher standards and areas of comparative advantage, we really are not doing our economies any favours – we are really just legitimising our inefficiencies and incompetence,” Mr. Inniss underscored.

The Minister stated that Barbados could sign on to all of the WTO agreements, get World Bank funding and technical support and create new laws and entities.

However, he pointed out that if the country did not adopt a more positive and welcoming attitude in respect of the trade of goods and services in this region, then it would have wasted valuable resources.