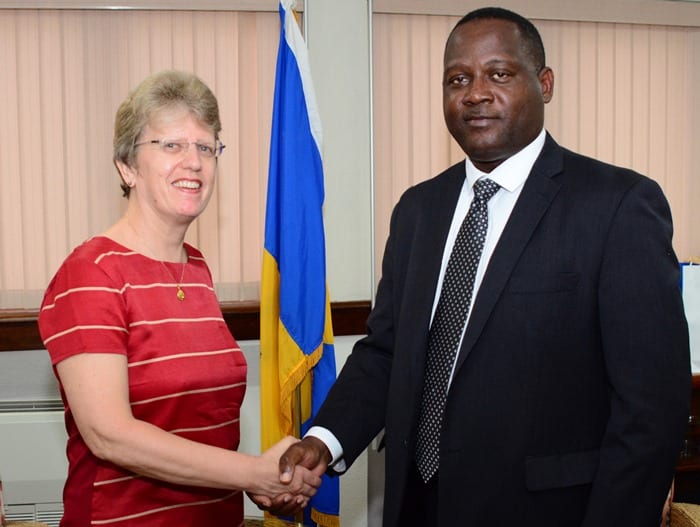 Mr. Inniss shared this view during a courtesy call with Britain’s High Commissioner to Barbados, Janet Douglas, at his Reef Road office.

He explained that both countries shared a “very good relationship”, which would long be treasured because of their mutual respect and interests.

High Commissioner Douglas agreed and explained that it was also a “really good moment” for United Kingdom (UK) and Caribbean relations.

The International Business Minister shared this view, stating that in recent times, issues regarding the UK and the region which “were not previously on the front burner” were now being addressed.

Matters relating to the tourism industry, as well as the upcoming general elections in the UK, were also discussed.