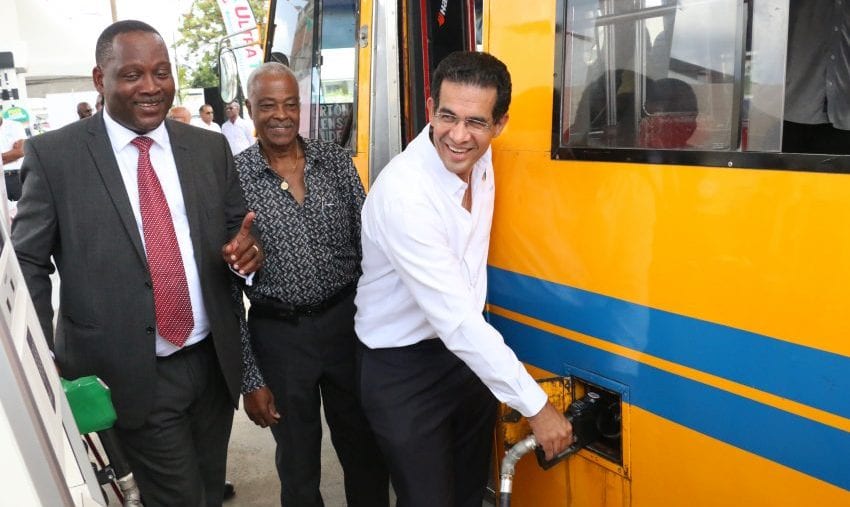 Small and medium-sized businesses are quietly and steadfastly making a formidable difference in the transformation of Barbados’ economy and society.

Commerce Minister, Donville Inniss, made this point today as he addressed the opening of the 17th Rubis gas station, located on Fontabelle, St. Michael.

Lauding the initiative, Mr. Inniss stated that the newly located facility would play a meaningful part in revitalising the Fontabelle area and also give commerce in the area a general boost.

“At a time when so many individuals are preaching gloom and doom in our society, it is nice to know that we are able to come out this morning and cut the ribbons on the opening of this enterprise,” he remarked.

Stating that Rubis has been a “genuine partner” for Barbados over the six years it has been in operation on the island, Mr. Inniss congratulated the Rubis team and added that the company had proven its worth by sustaining and developing a strong brand in the industry in Barbados and the wider Caribbean.

“You have manifested your faith in our economy by continuing to invest and I look forward to attending the opening of your headquarters, to be located in the Welches area…and that is a manifestation of the faith that you have in the economy of Barbados…,” he maintained.

Chief Executive Officer (CEO) of Rubis West Indies Limited, Mauricio Nicholls, pointed out that Fontabelle Rubis was located in a key area of town where the company was previously not represented.

He noted that although Rubis had been selling fuel for ony two weeks, they had already seen “very strong” sales figures, and were confident business would exceed their expectations and the projections made.