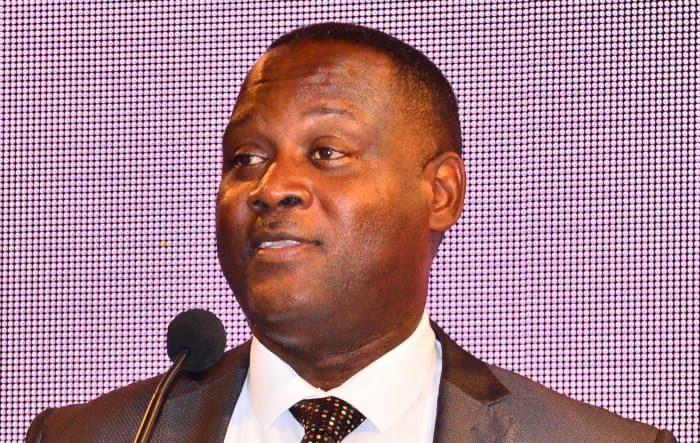 Minister of Industry, International Business, Commerce and Small Business Development, Donville Inniss, has called on regional standards bodies to make greater use of the skills offered by the private sector.

He made this suggestion while delivering the feature address at the opening ceremony of the 32nd Meeting of the Council of the CARICOM Regional Organisation for Standards and Quality (CROSQ) at the Accra Beach Hotel and Spa in Rockley, Christ Church.

“You must get the private sector on board, they’re the ones who benefit the most from your work and I’m very concerned the private sector in the region is not being asked to pull their weight when it comes to giving financial and other support to the work of CROSQ and various standards bodies,” the Minister stressed.

Mr. Inniss told his audience that there was a need to be stricter with regard to the laws set in place to maintain high standards.

“Standards setting is perhaps most useful when we have laws and regulations that give effect to standards; far too often we are too weak in this area. As a result, ambiguity takes root and we settle for mediocrity or begin to compromise our principles,” he explained, noting that importers in particular, needed to arm themselves with knowledge of the current standards.

He noted that the next three days would be spent deepening and strengthening the bonds between CROSQ’s 15 member states.

“The discussions over the next few days provide an opportunity to seize our responsibilities as leaders to pursue the future as champions of action and in so doing, ensure our ability to keep pace with international changes and competitors,” Mr. Inniss said.

The Minister also spoke frankly about the tendency of some member states to shy away from paying their contributions to regional institutions. Admitting that he was “deeply troubled” with regard to those member states that did not pay their dues to regional institutions, the Minister admonished them and charged them to properly prioritise and commit to the payment of their subscriptions.

CROSQ was created as an intergovernmental organisation with the signing of an agreement among the 15 member states of CARICOM. It is the regional quality infrastructure development institution focused on modernising and accelerating the preparation, adoption and application of regional standards.