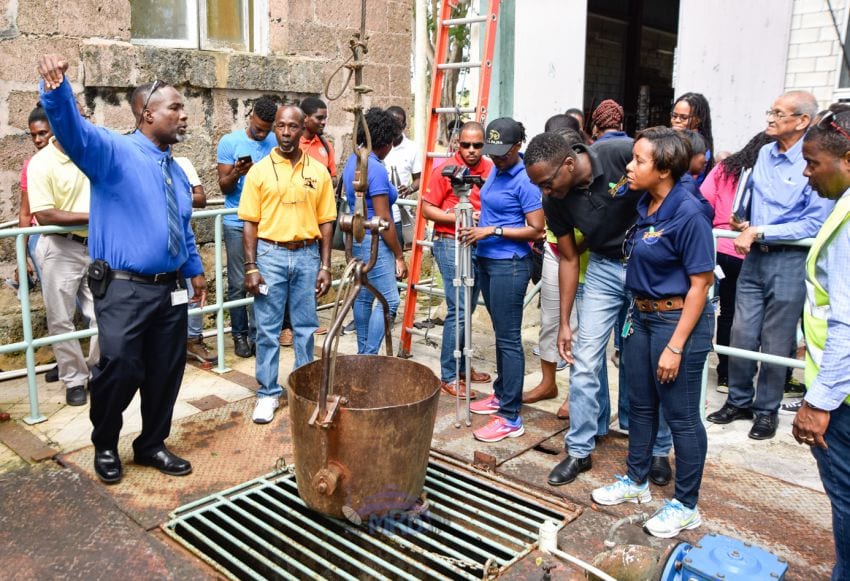 Public and private sector persons were recently given the opportunity to gain an insight into the technical aspects related to extraction of some of the island’s natural resources.

A tour, organized by the Natural Resources Department, exposed participants to the technical work and projects undertaken by the Ministry in the areas of natural resource and mineral extraction; environmental management and sustainability; renewable energy development and technological application, as outlined by Director of the Natural Resources Unit, Jamar White, and Chief Geologist acting, Jamal Gill.

During the stop at Bowmanston, persons were informed that it was one of the oldest pumping stations out of 22 pumping stations, and it supplies 30 per cent of the island’s water.

He stated that the project “is the installation of a 500 kilowatt ground-mounted solar photovoltaic (PV) system, which is projected to save the BWA thousands of dollars in operational costs”. 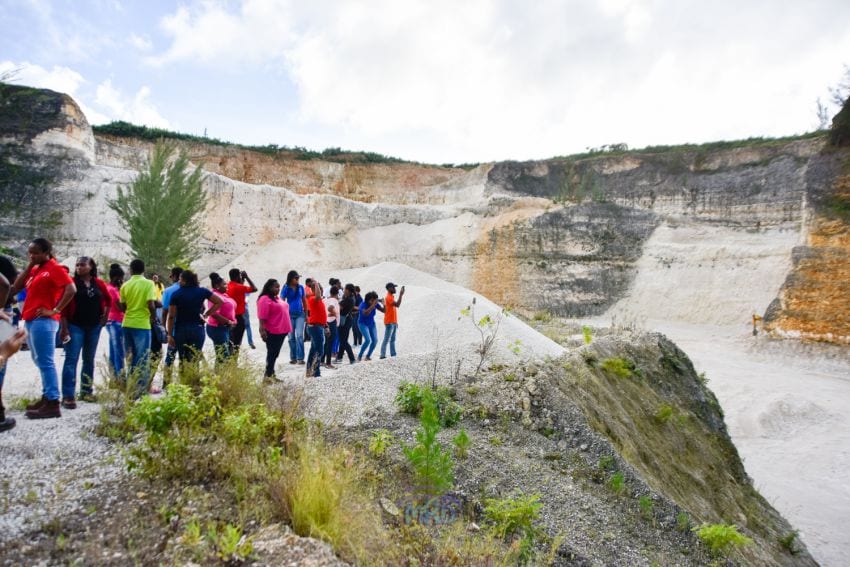 Tour participants viewing the excavation of limestone from the Blowers Limestone Quarry in St. James. (A.Olton/MRD)

Chief Executive Officer, Shae Warren, told the history of Walkers Sand Quarry and how it was originally to be the site of a hotel.  He went on to say that the quarry’s “mineral resource extraction of sand has been occurring for 50 years and every building in Barbados within that timeframe has a connection to the quarry”.

Mr. Warren noted that the quarry was nearing its operational life expectancy, and currently it was incorporating agroforestry in the process of its rehabilitation plan. Individuals were also given a live demonstration of a drone in operation.

At Blowers Limestone Quarry, Workshop Manager, Hallam Byer, revealed that the island is made up of 80 per cent limestone and that particular limestone quarry “was in operation for over 60 years and can continue mining the mineral resource for about another 40 years”.

Excavation of the limestone is by blasting and/or ripping using excavators.  The resulting product can range in sizes from dust to marl to boulders.

Participants on the tour were staff from the National Petroleum Corporation, Barbados National Oil Company Ltd, Labour Department, and Ministry of Energy and Water Resources, as well as teachers from various secondary schools.