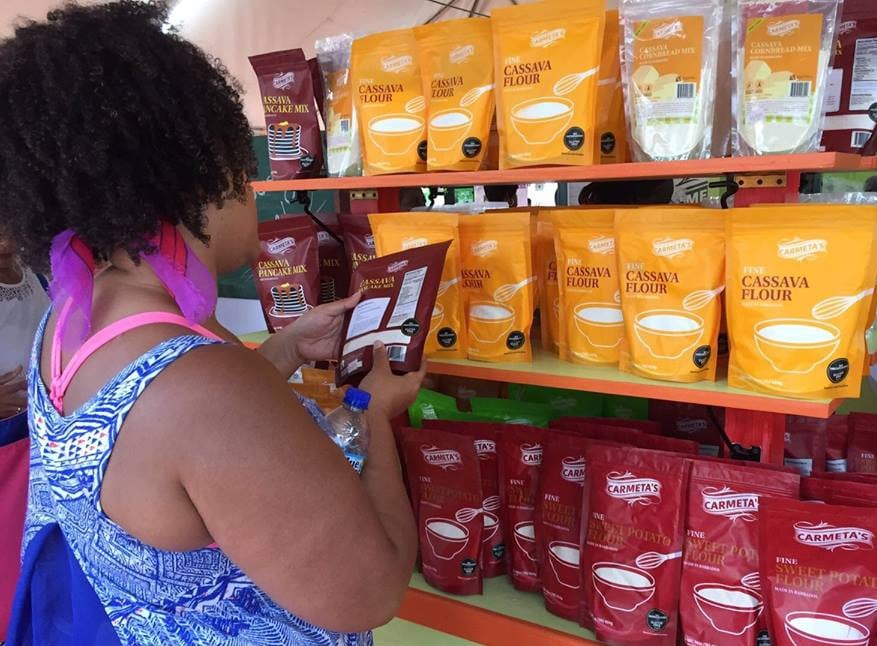 Barbados’ growing cassava industry has caught the attention of retailers in the United States and Israel.

This was disclosed by the Divisional Head of Agricultural Services at the Barbados Agricultural Development and Marketing Corporation (BADMC), Paul Waithe, during the launch of the Corporation’s Crop Value Chain Services on Wednesday.

He said that there has been a good response to the locally-produced cassava products, including flour, bread, cake and porridge mixes, and sorbet, which retail at BADMC’s Carmeta’s shops, as well as other select locations.

Mr. Waithe said they are pleased with the interest shown, but noted that local producers must be able to meet commercial demand.

It is against this background that he revealed that the BADMC needed financial assistance in order to assemble a cassava processing mill, which was recently purchased from Columbia.  The mill is capable of producing an average of 3000 pounds of flour from 10,000 pounds of cassava per day.

“We need to be able to pack a 40-foot container at least once every week to ship. [The retailers] have indicated that their retail lines in the UK, in the Middle East, as well as in the US are very interested in the product, but we have been constrained because [of the lack of] access to financing to be able to complete the mill,” he said.

Mr. Waithe added that a public/private sector partnership would be needed to kick-start the process.

He also pointed out that getting the mill operational would be beneficial in terms of creating an export market, but also at the domestic level, in terms of pricing and health.  According to him, people would have access to gluten-free foods at a lower price.

The BADMC official also revealed other steps that had been taken to boost the cassava industry.  They include the purchasing of both a cassava planter and harvester, from the United Nations’ Food and Agriculture Organization’s facility, to help with the cultivation of the crop in Latin America and the Caribbean.