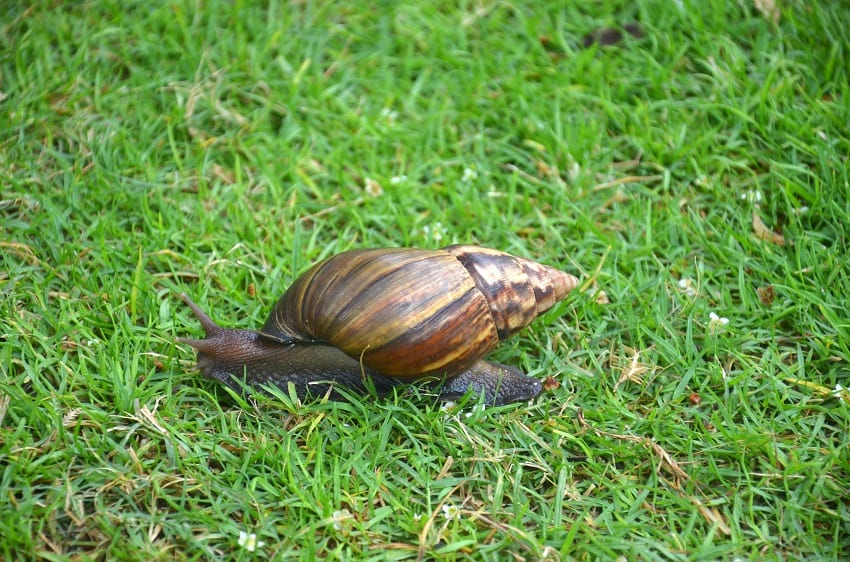 Invasive alien species, such as the Giant African Snail, the Lionfish and rats, are threats and can impact negatively on small island developing states such as those in the Caribbean, which are widely recognized as biodiversity hotspots.

Minister of Environment and National Beautification, Trevor Prescod, pointed this out today, as he delivered the feature address at the Regional Inception Workshop for the “Preventing Costs of Invasive Alien Species (IAS) in Barbados and the Organisation of Eastern Caribbean States” Project.

The Convention on Biological Diversity defines invasive alien species as “plants, animals, pathogens and other organisms that are non-native to an ecosystem, and which may cause economic or environmental harm or adversely affect human health”.

“It has long been known that the Caribbean Islands are rich hotspots of biodiversity with unique fauna and flora. The protection and conservation of these treasures must become one of our governments’ highest priorities,” he said.

Minister Prescod also stated that since IAS were one of the major threats to biological diversity and their associated costs are equally borne by multiple sectors, it is time that this problem was addressed at a policy level.

To this end, he said the Ministry of Environment and National Beautification had undertaken the process of revising the National Biodiversity Strategy and Action Plan (2002) to update the core policies and to take account of developments over time for alignment with Barbados’ current social and economic environment.

The IAS in Barbados and the OECS Project, which is funded by the Global Environment Facility, has been in the planning phase for the last three years and falls in line with Barbados’ objective, as its work programme is designed to strengthen institutional capacity, legislative and policy frames, as well as technical and financial strategies for the management and eradication of invasive alien species.

It will also seek to understand monitoring and evaluation procedures and targets for the project, towards helping Barbados and other OECS countries manage and combat the adverse effects of IAS.

Minister Prescod pledged that Government would continue to work tirelessly to reduce or eradicate the threat that IAS pose to the health of our people and ecosystems, and the persons whose livelihoods could be affected.