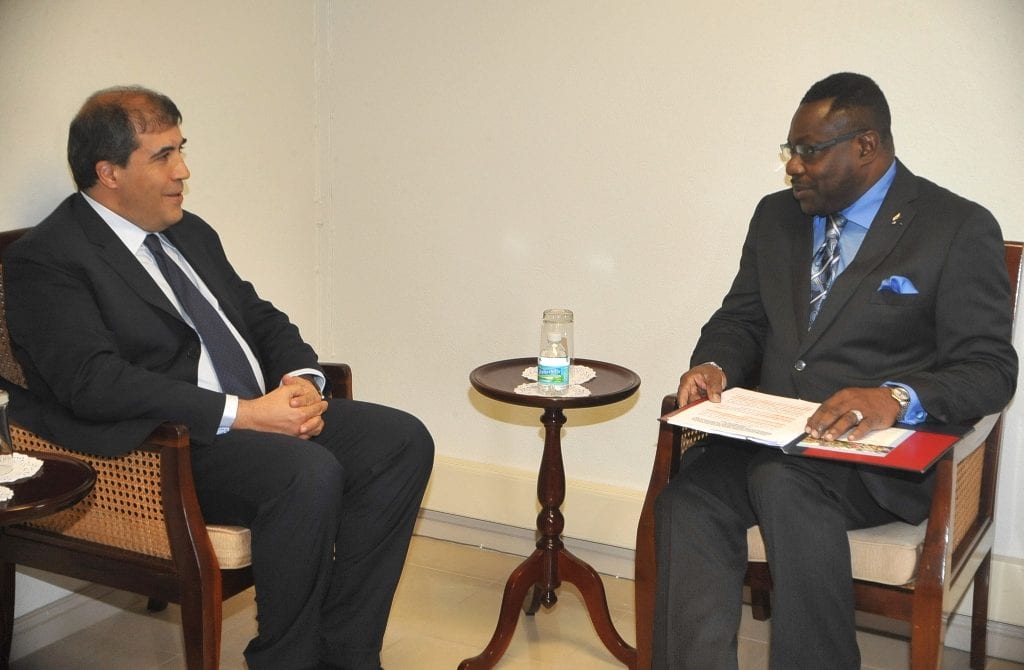 During the talks held at the Ministry’s Culloden Road location, the officials discussed a number of issues on which they could collaborate.

These included climate change, an air services agreement between the two countries, tourism and a double taxation agreement.

They also spoke about ways in which the cultural industry could be further developed, the possibility of having a fashion centre based in Barbados to service the region, and the prospect of using Italian expertise to assist in the restoration of old buildings in Bridgetown.