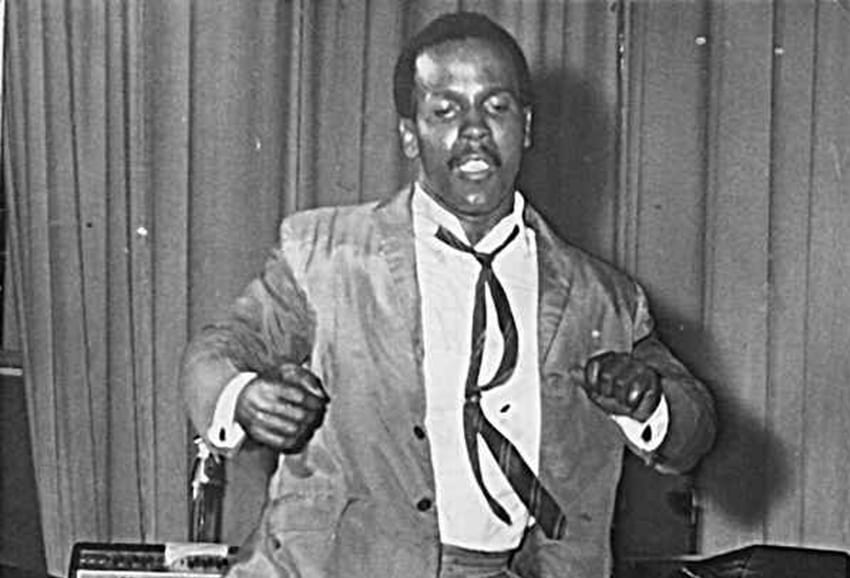 “A prophet is not without honour except in his own home.” This piece of scripture rang true for the late Dalton Sinclair Bishop, also known as Jackie Opel, the creator of spouge.

During a re-dedication ceremony of his final resting place at Westbury Cemetery this morning, 48 years after his death, testimony after testimony painted him as a brilliant artist and one of the best entertainers in the Caribbean,  if not the best.

However, he was more celebrated in other countries than he was in his own home of Barbados and that was evident from the condition of his grave which was in a state of disrepair before its restoration, an initiative of the Copyright Society of Composers, Authors and Publishers Inc. (COSCAP) and Clyde B. Jones Funeral Home. Opel now lies in a tomb more befitting of his musical majesty.

In his address, Minister of Culture, Sports and Youth, Stephen Lashley, said Opel spent a lot of time in Jamaica performing and recording hits such as ‘Mill Man’, ‘Hairy Mango’ and ‘A Time to Cry’ and was discovered by leader of the Dragonnaires, Byron Lee.

The Jamaican people embraced him more than his own, he pointed out, adding that he was backed by the likes of The Wailers, Bob Marley, Bunny and Peter Tosh.

“When Jackie Opel returned to Barbados, it was felt by many of his friends and fans that Barbados did not understand Jackie Opel and, therefore, he never got the recognition and musical break that he had deserved in his homeland…

“In Barbados, there is a passionate cadre of Opel supporters who are determined to etch his contribution into the musicscape of Barbadian history against all odds. It started by raising the first set of funds for the restoration of his grave here at the Westbury Cemetery in 2012 and now in 2018”, he stated. 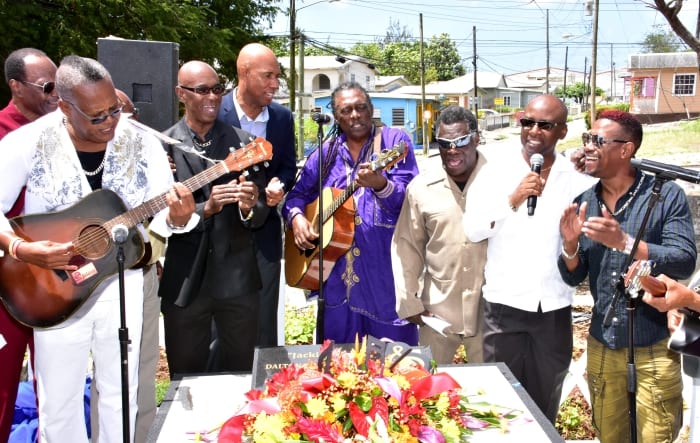 Mr. Lashley noted that Opel’s legacy had gained gradual recognition from his countrymen over the years. He cited the building of the Jackie Opel Auditorium in 1998 and the NIFCA Jackie Opel Award which was introduced to the Music Competition category in 2012, as ways in which Government had immortalised the late singer. He disclosed that the NIFCA award in Opel’s name had “significantly increased” the number of Barbadian original music entries at NIFCA which averages 37 annually.

Additionally, the Culture Minister disclosed that in an effort to preserve Opel’s legacy, the Barbados Cultural Industries Development Authority would establish a recording studio for Barbadian artists to perfect their art form “in the expectation that they would be motivated by the energy, artistry and talent of Jackie Opel and other Barbadian music icons”. It will be located at Pelican Village and is expected to be completed by the end of this month at a cost BDS $70,000.

Mr. Lashley said another studio would be erected in Silver Hill, Christ Church as part of a Youth Empowerment Centre. It will be funded by the Maria Holder Memorial Trust and the Ministry of Culture, Sports and Youth will be outfitting the studio. This move was in an effort to decentralise opportunities for quality recording, he said. The Trust will fund the civil works aspect of the project which is expected to start within the next two weeks.

The Minister added that another initiative which the Ministry was looking to start was a Spouge Festival which would serve to “reinvigorate the music through the involvement of our youth”.

Mr. Lashley said he also embraced the call by Opel’s friend Mark Williams and COSCAP’s Erica Smith to do more to immortalise the section of Westbury Cemetery where Opel and other noted Barbadians are buried, as part of Barbados’ cultural heritage tourism focus.