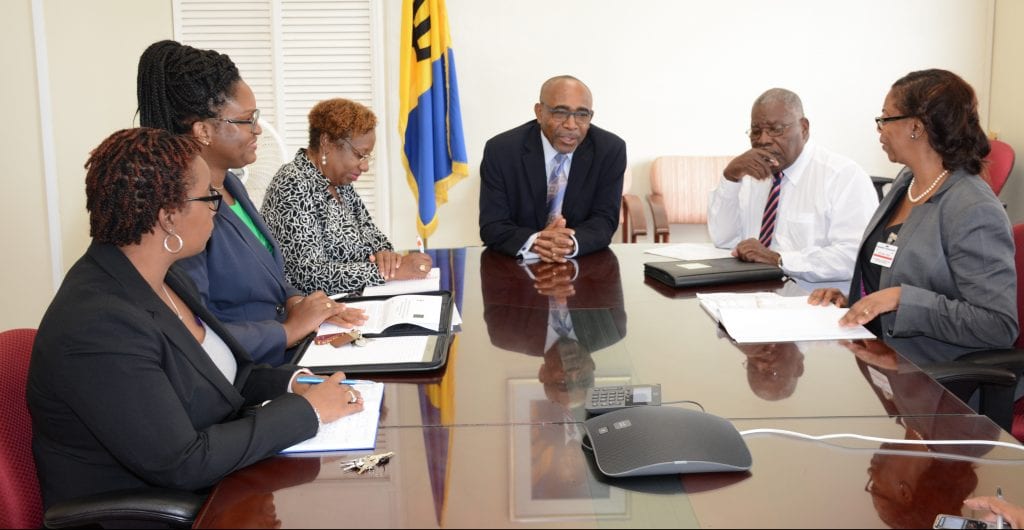 Barbados is doing its part to ensure that this country meets its obligations under the CARICOM Single Market and Economy (CSME).

This was underscored recently by Minister in the Prime Minister’s Office, Senator Darcy Boyce, as he met with Jamaica’s CARICOM Single Market and Economy Focal Point representative, Symone Betton-Nayo.

Mrs. Betton-Nayo is in Barbados on a five-day official visit as part of an internship exchange programme which is organised by the CARICOM Secretariat in association with the Prime Minister’s Office.

In his remarks, Senator Boyce said: “I am one of the people who believe that the [CARICOM] Community is developing very nicely from the background of the number of people we process through our airport who go in and out without difficulties. From the number of CSN’s (CARICOM Skilled Nationals) that we issue and the very few that we reject.”

As an illustration of how CARICOM and the CSME were integral to economic development, he mentioned the number of cross-border investments, noting, what he termed as “some very wonderful examples” of regionalism, namely Sandals Resorts, the Massy Group, the Sagicor, Group, the Guardian Group, Goddard Enterprises, Wibisco, and the Grace Kennedy group, among others.

“We have a lot of good things happening and with those investments, there is a movement of managerial, skilled and supervisory persons. We’re not going to say that everything is going to go 100 per cent smoothly… But so much of the focus in the media is on the few things that don’t go well,” he lamented.

He told Mrs. Betton-Nayo that he wanted to see more highlighting of the good examples of functional cooperation, especially at the administrative levels in CARICOM, and that he looked forward to an examination of how various systems worked so that the best practices could be selected as a way to reduce operational costs in government and shared among CARICOM Member countries. 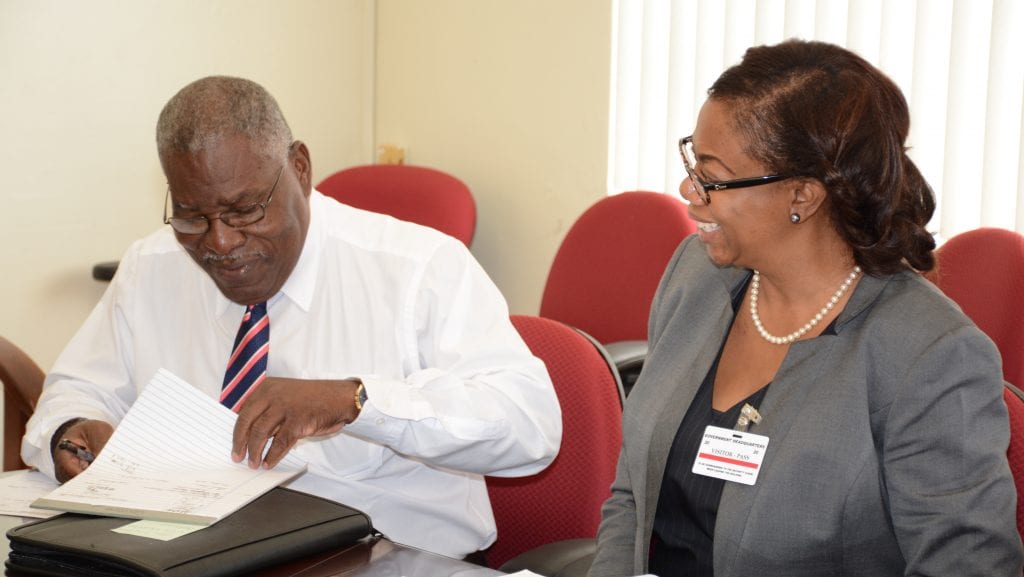 In response, Mrs. Betton-Nayo thanked the Prime Minister’s Office for hosting her, noting that Barbados was doing “a lot of work” in terms of CSME implementation. She pointed out that the global context was changing and, therefore, the region needed to “react to that” by pooling its resources.

Stating that the CSME would only be effective if it made a qualitative difference in the lives of the ordinary person she added: “Everyone must feel some sense of ownership of it. We will each benefit differently from the CSME, and we need to understand how we can take advantage of our factor endowments, (the quantity of resources available to a country for its use in manufacturing, agriculture and economic activity in general) to the collective benefit of this regional integration project.”

The fact-finding trip will see the Jamaican official visiting several local government departments that are critical to the CSME, including the Barbados Accreditation Council, the Immigration Department, Customs and Excise Department, the CSME Unit, CARICOM’s Office of Trade Negotiations, the CARICOM Regional Organization for Standards and Quality (CROSQ) and Sandals Hotel, among others.

Ms. Byer, her Barbadian counterpart, paid a similar visit to Jamaica from March 6-10 this year, with funding being provided under the 10th European Development Fund and CSME Economic Integration Programme.