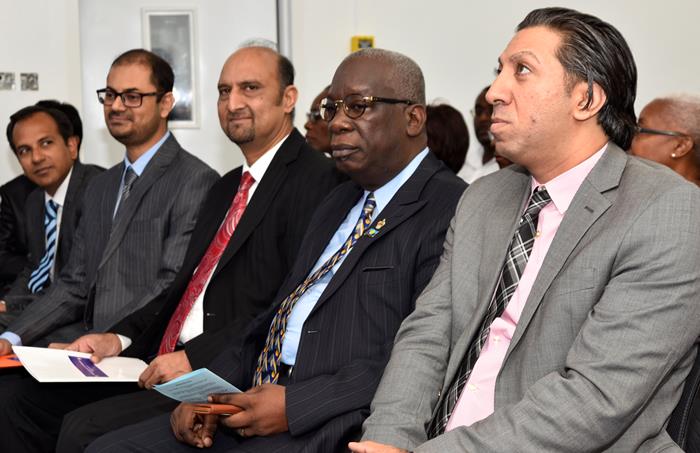 Education Minister, Ronald Jones is continuing to throw his support behind the American University of Barbados (AUB) School of Medicine.

Noting that the AUB was the first of its kind in Barbados, the Minister said: “Let me say this is not an offshore medical school; this is a medical school of Barbados… it is indeed my pleasure to see the humble beginnings, just a bit down the road, then the step up to Lansdowne… to be located here now at Wildey.”

As he recalled a Cabinet decision on the medical school, Mr. Jones remarked: “I remember when I took this paper to Cabinet, it had in it one line which said that Bajans will not attend, and the Prime Minister said ‘no, that must be removed’.  If others can come [from abroad] and enjoy it, Bajans must also come here [to the school] and enjoy it’.”

The Minister who is also responsible for Science, Technology and Innovation, revealed that Barbadians were taking advantage of the opportunity to study at the AUB and some students, currently enrolled in CAPE at secondary schools, had applied for entry.  While he acknowledged AUB “stands perched” to be a great medical university, he urged its management not to stop the progress they have been making.