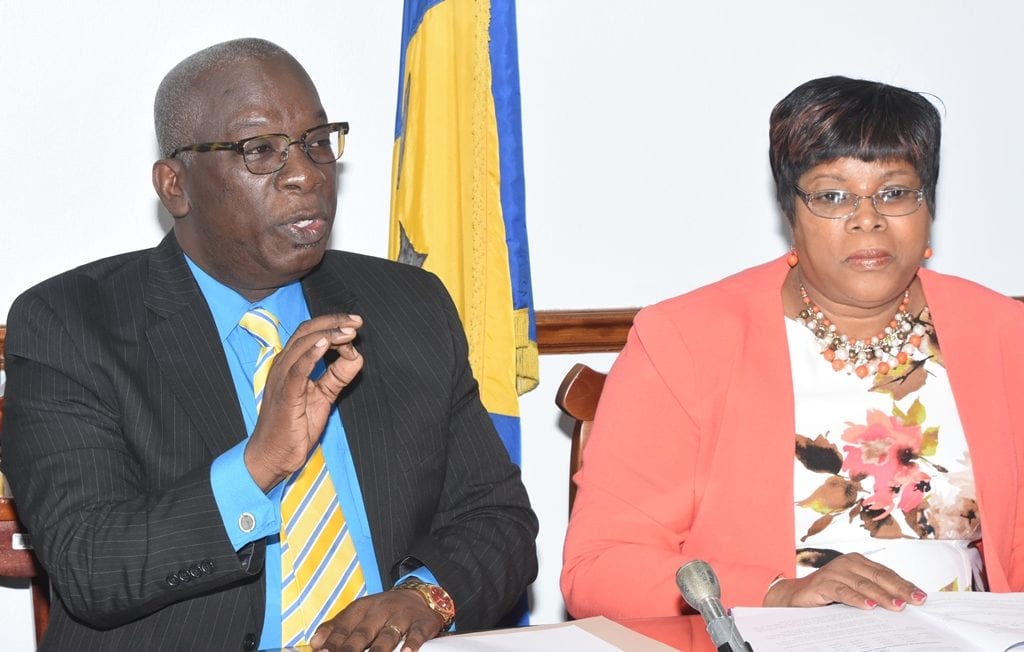 Speaking to the media at a press conference today, he said the overall National Mean stood at 67.92 per cent, but though it was “quite good”, it could be better.

It stood at 67.11 per cent last year. He added, however, that Barbados generally showed a “particularly good profile” even at CSEC English, and, based on the BSSEE results, one could see why.

While he expressed the hope that Mathematics could also compare with those kinds of means, he said his Ministry would persist on those.

Stating that this has been consistently so over the past four years, Mr. Jones noted that while it could be said that the males were not under performing, they just needed “to step up a little more”.

He continued: “This year, 289 or approximately 8.2 per cent of the students scored less than 30 per cent, and if you go back maybe eight or nine years, you would find this is a marked decline over that period, moving from around 29 or so per cent scoring 30 per cent or less, to today, down to 8.2 per cent. That is a tremendous movement in that period.”

Mr. Jones commended students for their hard work and their teachers for improving the quality of English teaching at the primary level.

Satisfied with these results, the Minister noted: “Even though there were no 100s in English, we had persons with 98 and 99; several really in the 90s in our English examination.”

Three thousand, five hundred and twenty-seven students sat this year’s BSSEE on Tuesday, May 3. This figure was made up of 1,774 males and 1,753 females.