Jones: Mathematics Can Be Improved 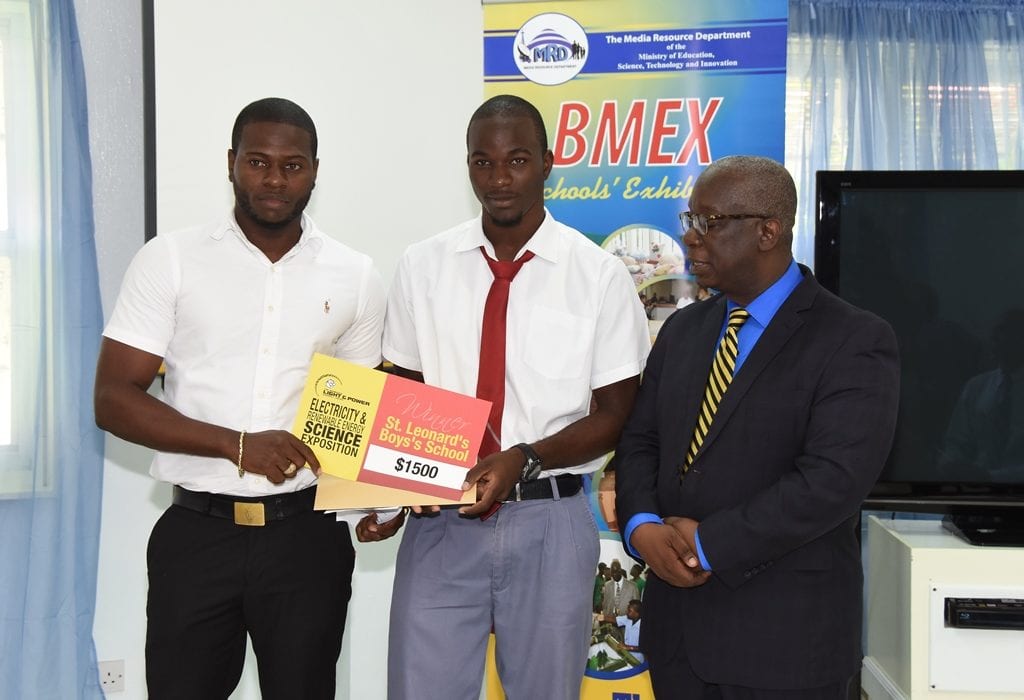 Education Minister Ronald Jones believes strongly that Mathematics as a subject in primary school can be improved.

This was emphasised recently as he delivered remarks at the awards ceremony and presentation for the Electricity and Renewable Energy Science Exposition and BMEX 2016 Schools Exhibits, both of which culminated at the Lloyd Erskine Sandiford Centre, Two Mile Hill, St. Michael.

Speaking at the ceremony in the Conference Room of the Media Resource Department (MRD), Mr. Jones said that students’ performance in Mathematics could be a lot better than it now is at all levels of the education system in Barbados.

“The Ministry recognises that there are some teachers who have an aversion to Mathematics at the primary school level. We should have specialists in the secondary school level. However, if you start on a very low base, and very weak base – unless there is a miracle happening at the secondary level – you are going to continue to trail and you are not going to achieve at the highest level possible.

“Rather than get a Grade 1 and move on to additional Maths, you may get a Grade 3 and feel comfortable with that,” he said, adding that while Grade 3 would be a passing grade, it did not allow students to pursue certain types of higher study or professions.

Given this, the Education Minister stressed he wanted all young people to become fully appreciative of the subject and added that his Ministry would be encouraging teachers to modify the way they teach in order to change the way students responded.

The awards ceremony saw Holy Innocents Primary emerging winners of the primary school category in the MRD’s Schools Exhibit at BMEX. The school received a projector. St. Mark’s Primary placed second, and was presented with a laptop, while St. Bartholomew came third and received a printer.

At the secondary level, The Ann Hill School came first and received a projector while The St. Michael School was second, gaining a laptop. Harrison College placed third and was awarded with a printer.