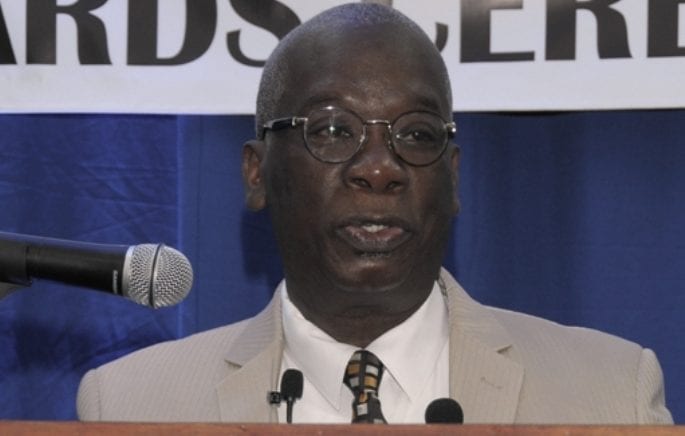 Minister of Education, Science, Technology and Innovation, Ronald Jones, addresses students of the American University of Barbados (AUB) at the Orientation and Awards Ceremony. (C.Pitt/BGIS)

“The practice of excellence starts from early.”

Minister of Education, Science, Technology and Innovation, Ronald Jones, shared this insight recently with new and returning students of the American University of Barbados School of Medicine (AUB) during that institution’s Orientation and Awards Ceremony.

Mr. Jones encouraged the students to strive for the very best as they continued to pursue their educational aspirations. He told the future medical practitioners that in order to “reach the point of excellence in your life… you have to become a good learner”.

The Education Minister also impressed upon the students the need to encourage themselves and wished them the very best as they continued their educational journey.