Jones: Still Too Much Resource Wastage 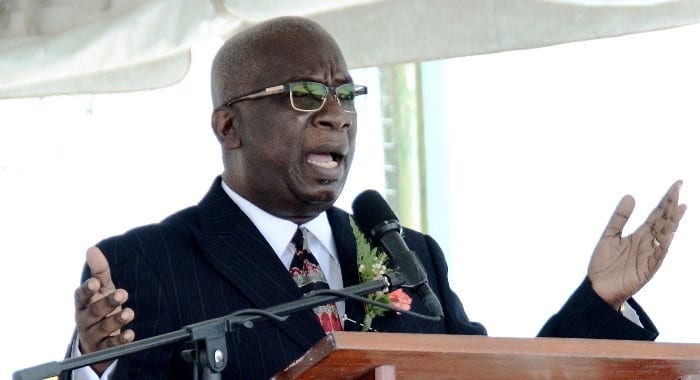 Minister of Education, Ronald Jones, believes there is too much wastage of resources within the school system.

Speaking at the graduation and awards ceremony of the Samuel Jackman Prescod Polytechnic (SJPP) on November 12, the Minister highlighted tardiness by students as being a major challenge.

He said: “There is still too much wastage of the resources provided to education, still too much.  And how is that wastage determined? When you are late for classes; when you take your time to get to the polytechnic or primary school or secondary school or the college or the University of the West Indies because the tutor, the lecturer, the instructor is being paid regardless of if you come. They are being paid to teach and educate you to give you a sense of your own being.”

Recalling the history of Barbados before and after Independence, he told the students of challenges growing up poor in Barbados, but noted that there was a thrust towards sustaining life through small plots of land and remittances from workers on the Panama Canal.

Urging students to avoid negativity, spouted by some and the dependency syndrome of others who have the ability to help themselves, he added: “There are too many persons waiting on others to give them sustenance.  You can’t do that because you don’t even know the other person’s condition.  ‘Oh poor me, poor me’ must disappear.  There are still opportunities to be gained.  The negativity, as we approach 50, must disappear.”

Graduates heard that the current education system was far more diverse than in the past, when individuals struggled to move out of poverty, and the Education Minister implored them to put effort into maximising their potential.

While stressing education was for living and not just about securing a job, Mr. Jones said the SJPP had produced some outstanding citizens, who through their own perseverance, determination, competences and skills, were working in “so many areas of endeavour” on the island.

There was also a message for parents whom Mr. Jones called on to take up their full responsibilities.  “Your children are not somebody else’s children.  They are yours. Your primary responsibility is to them,” the Education Minister said.

Meanwhile, Chairman of the Board of Management of the SJPP, Desmond Browne, said it was time to change the way persons perceived the institution at Wildey, St. Michael, and this could be done by making it “a full-fledged tertiary institution”, where the day begins at 8:30 a.m. and ends at 8:30 p.m.