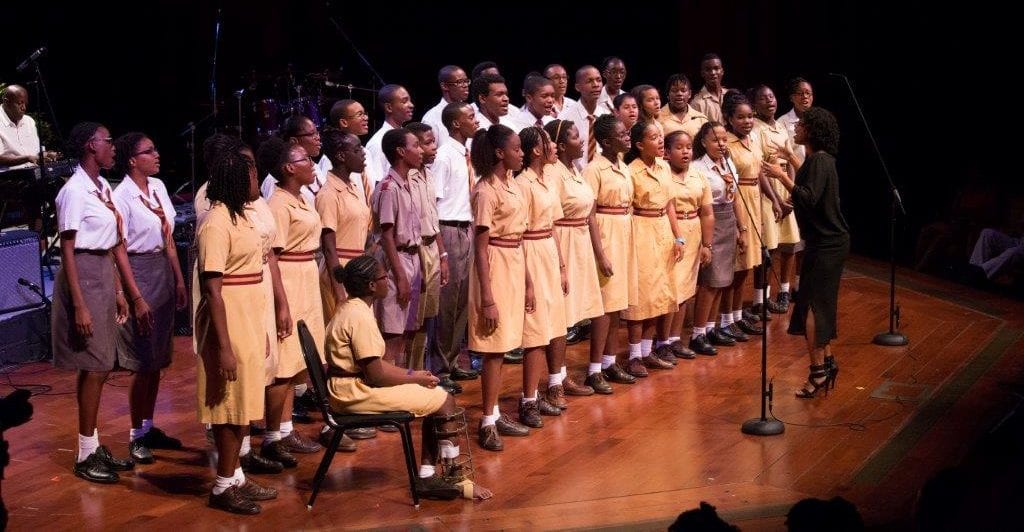 Students of Harrison College will be competing in the finals of the Schools’ Music Festival this weekend. (FP)

The  Ministry of Education is again anticipating keen competition among this year’s entrants of the finals of the Schools’ Music Festival.

Members of the public are invited to attend the event which is slated for Sunday, March 19, at the Lloyd Erskine Sandiford Centre, Two Mile Hill, St. Michael, at 4:00 p.m.

Education Officer with responsibility for Music, Joy Knight-Lynch, expressed pleasure at the outstanding musical capabilities of the young performers, stating that they performed “magnificently”.

“The judges really did have a difficult task, so far. The presentations not only displayed an elevated sense of musicianship but what we have seen is a high level of discipline, team effort, confidence and camaraderie between schools as well,” she said.

The Education Officer added that music teachers should also be highly commended for their work in honing the skills of the students.

Tickets for the event are available at participating schools, as well as at box offices located at CS Pharmacy, Bridgetown; and A & B Music Supplies Ltd., Sheraton.  For further information, the public may contact Joy Knight-Lynch at 535- 0686, or by email at joyknightlynch@live.com.