The Barbados Khan Academy Mathematics Initiative is looking to expand its programme by introducing coding in primary schools and creating a Maths Olympiad for secondary schools – similar to the current Primary Mental Mathematics Competition.

Coding is essentially learning the computer language that creates apps and software. As a language, it can be assimilated by young children.

Senior Education Officer, Fernando Carter, told the Barbados Government Information Service that the new proposals were agreed to “in principle” during a meeting earlier this year with teachers and Information Technology coordinators from the participating schools of the Khan Mathematics Initiative.

The Khan Academy is the brainchild of Alex Eiden, a resident of the United States and a student at Villanova University. It has been active in Barbados for the last three years and is supported and facilitated by the Ministry of Education, Science, Technology and Innovation. During that time, the goal of creating a greater interest and performance in Mathematics education has been achieved at selected primary schools.

“Mrs. Bonne-Smith explored cooperation with the Ministry of Education about developing with the John Hopkins Center for Talented Youth, a similar programme for Barbados. Discussions also ensued about expansion of the Mathematics Olympiad with the Education Officer for Mathematics, Mrs. Wendy Griffith,” Mr. Carter disclosed. 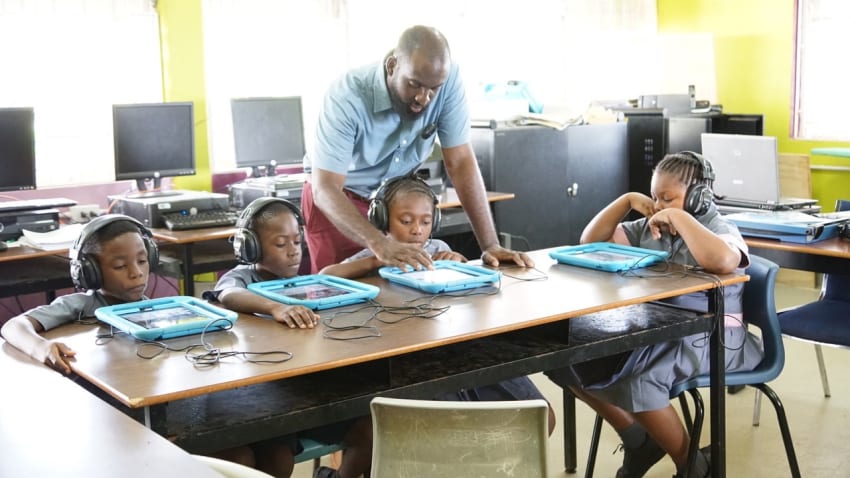 The Senior Education Officer further suggested that the success, so far, of the Primary Mental Maths Competition, had ignited an interest in a more involved demonstration of student mathematical ability at the secondary level.

“Hence, the Maths Olympiad could be the platform for developing critical thinking and problem solving skills among secondary students.  With the relevant investment, our nation’s students can benefit greatly from these two competitions,” he asserted.

The Khan Academy is a non-profit educational organisation created with the aim of providing a free, world-class education “for anyone, anywhere”. The Barbados Mathematics initiative is one which uses Khan Academy’s online platform as a tool to improve knowledge and skills of Mathematics at any level of the local school system.