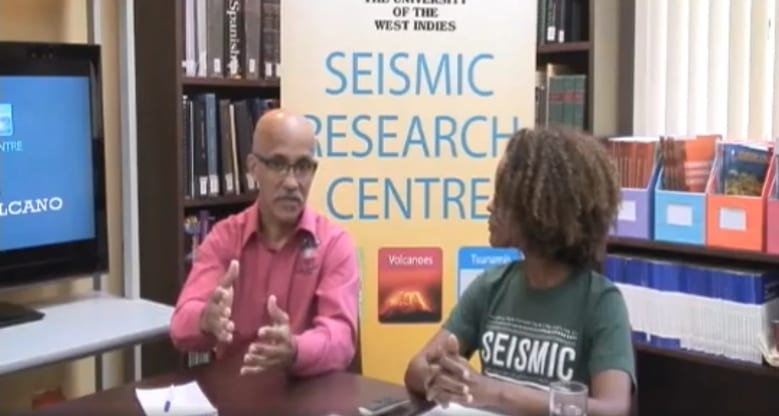 This was confirmed today by Geologist and Director of the University of the West Indies Seismic Research Centre (SRC), Professor Richard Robertson, during a Facebook Live session today.

Professor Robertson said persons did not need to be “overly concerned” about what was happening, but noted that they should ensure that they were aware of the situation.

He explained that while an increase in earthquake activity around the volcano had prompted the elevation of the alert level from yellow to orange on Monday, March 12, there were no indications that the activity would generate a tsunami.

“All that is happening now is that there are a lot of earthquakes”, [and] there is likely to be an eruption. If the situation changes, we will advise the relevant authorities and they will issue information on how the public should respond,” he stated.

He added that given the current depth of the underwater volcano, it was unlikely that an explosion would produce enough material to displace a large body of water to generate a disturbance beyond the north of Grenada.

However, the Professor gave the assurance that the SRC and disaster management agencies in the Caribbean would continue to monitor the volcano and reassess the situation for any changes.

Meanwhile, he stressed that it was important for marine operators to stay outside the 5 km exclusion zone for their own safety. He explained that the activity around the volcano at this time resulted in an increase in gases, which could reduce the buoyancy of ships and other vessels putting them at risk of sinking.

An orange alert for the volcano means that there are highly elevated levels of seismic and or fumarolic activity or other unusual activity. Eruption may begin with less than 24 hours’ notice.