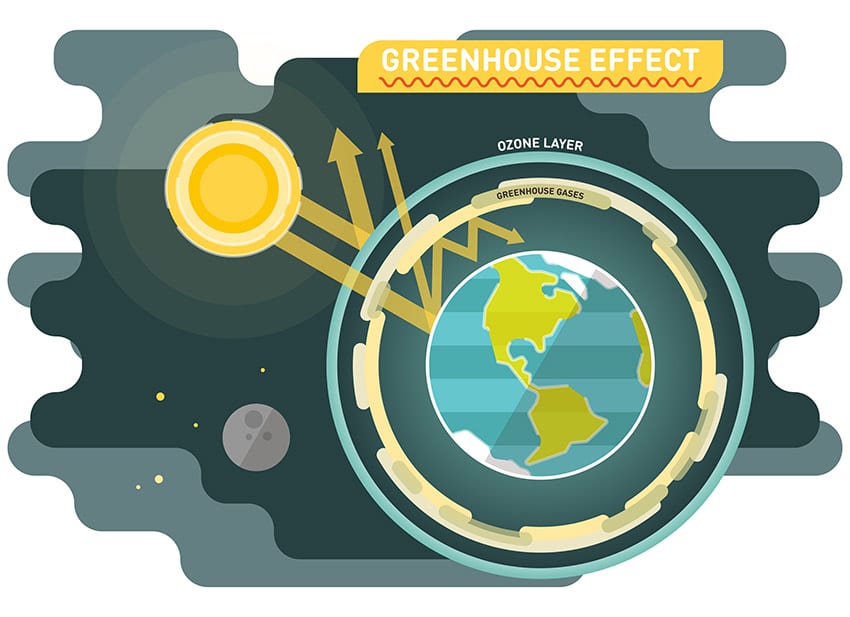 With the signing of the Kigali Amendment, Barbados joined the world in taking a stand against powerful Greenhouse Gases and substances that deplete the ozone layer. (Stock Image)

Barbados has joined the world in taking a stand against powerful Greenhouse Gases (GHGs) and substances that deplete the ozone layer.

This is because the Kigali Amendment to the Montreal Protocol, which the island signed on to on April 19, 2018, is now in effect.

Senior Environmental Officer in the Ministry of Environment and National Beautification, Rickardo Ward, explained that the Amendment sought to reduce the projected production and consumption of hydrofluorocarbons (HFCs) by more than 80 per cent over the next 30 years. The majority of HFCs are gases used in the Refrigeration and Air Conditioning (RAC) sector.

“As a technology taker in the global marketplace, Barbados’ ratification of the Kigali Amendment will not have a significant impact on our access to RAC services or the utility to be derived therefrom.

“However, we will require strategic domestic actions to track trends in HFC consumption and to stimulate consumption shifts towards non-ozone depleting, climate-friendly and energy efficient (EE) RAC appliances and other equipment,” he stated.

The Amendment, which came into force on Tuesday, January 1, builds upon the historic legacy of the Protocol, which was established in 1987, and has been universally ratified by 197 parties. Thus far, 65 countries have already ratified the amendment, with more expected in the weeks to come.

If fully supported by governments, the private sector and citizens, the amendment is expected to prevent up to 0.4°C of global warming by the end of this century, thus contributing to the goals of the Paris Agreement on Climate Change.

Technical and financial support to pursue these measures will be accessed through the Multilateral Fund (MLF) for the implementation of the Montreal Protocol on Substances that Deplete the Ozone Layer.