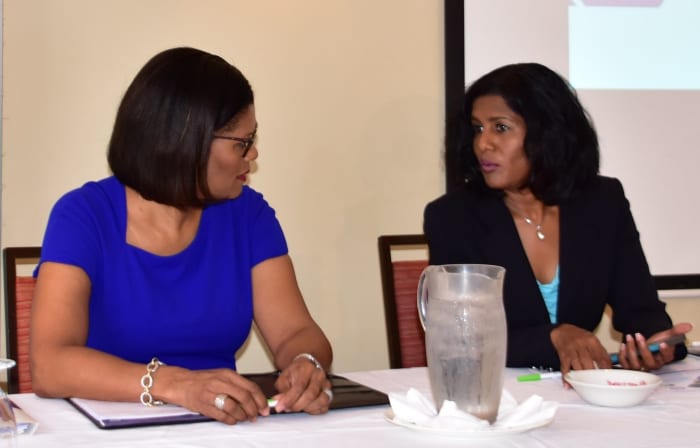 She praised the agreement, which, according to her, has stood the test of time, during the Barbados Employers’ Confederation Social Dialogue session at the Courtyard by Marriott Hotel today.

The Minister told her audience that Barbados, like some of its regional counterparts, had been experiencing difficult times in the early 1990’s, and this led to the formation of the Social Partnership agreement here, while other countries were still trying to formally organise their respective arrangements.

“That is why we have to tell our story because that can certainly benefit us.  Social dialogue is not automatic … but I believe that it is something that we have to guard jealously,” Senator Byer Suckoo stressed.

The Labour Minister said in the last decade, social dialogue had allowed the country to return to a growth path with “minimal collateral damage on account of the engagement of the social partners”.

She reasoned: “In the last decade [which was] one of the toughest decades the region had experienced, we saw our unemployment go as high as around 12 per cent. I do believe that it is because of our Social Partnership that we did not see figures that some of us in the region had seen…

“That is because of our policy decisions, our political will and more importantly, because of our partnership and our agreement, that we would do whatever we have to do to hold on to jobs for as long as we could.”

Senator Byer Suckoo pointed out that when it reached the stage of retrenchment, it was the “tested and tried” social dialogue that “allowed us to sit at the table and examine ‘do we really need to do this? What else can we do’?

“Our partners brought options to the table and we were able to examine them and whereas some were saying that we need to retrench as many as 10,000 people…as many as 8,000 people…all those figures were being put out there.  In the end, we came down to 2,000 people.

“Nobody is proud of the fact that we retrenched 2,000 people.  The truth is, because of engagement, we were able to limit those numbers.  As a consequence, we are now able to see our unemployment numbers dropping to the vicinity of nine per cent, so that those persons are gradually being re-engaged in the workforce,” she said.

The Labour Minister added that the tripartite arrangement, working groups and other interested parties provided advice to the Prime Minister that “allowed us to weather the storm and return Barbados on a growth path for the last three years”.