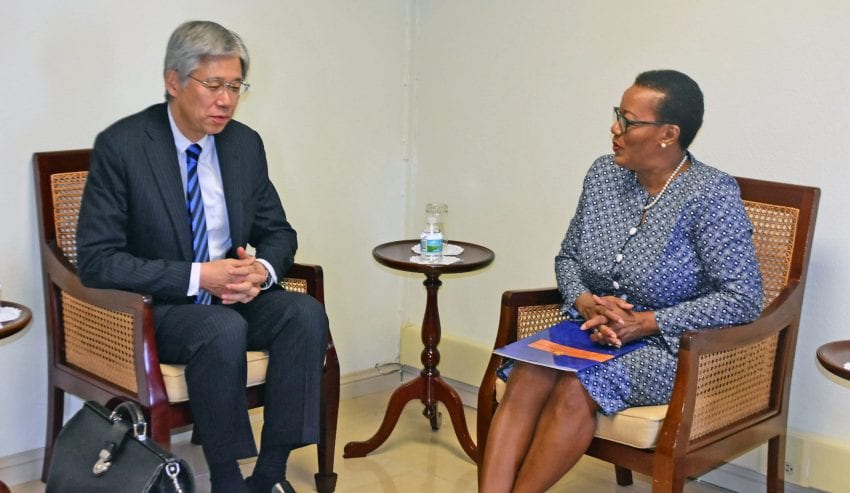 The challenges confronting vulnerable states were high on the agenda when Director General of the Latin America and Caribbean Affairs Bureau (LAC), Yassushi Takase, paid a courtesy call on Minister of Foreign Affairs, Senator Maxine McClean, at her Culloden Road office.

Senator McClean stated that she was pleased that the Economic Commission for Latin America and the Caribbean (ECLAC) was in the process of conducting research that would assist in providing empirical data to prove the vulnerability of states.

Mr. Takase agreed that this data would assist in moving towards defining vulnerable states, and how it would be factored into the assessment of these countries.

Also discussed was the success of the recently-concluded 18th CARICOM-Japan Consultation, as well as the upcoming Foreign Ministers meeting, which will be chaired by Senator McClean.

The Director General was accompanied by Yumiko Honda, an official in the Caribbean Division of the Latin America and Caribbean Affairs Bureau of the Ministry of Foreign Affairs of Japan; and Deputy Director of the United Nations Policy Division of the Foreign Policy Bureau, Atsuro Wada.