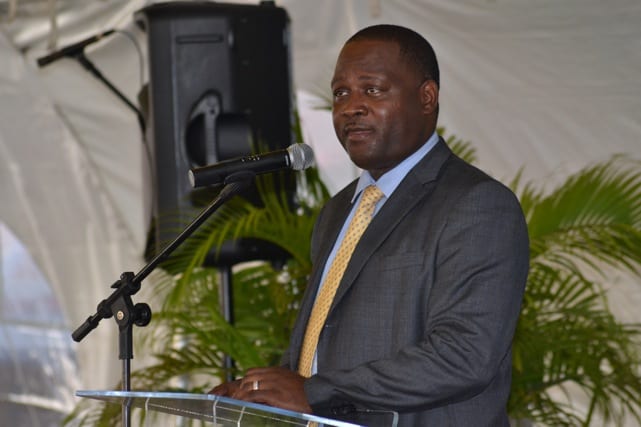 There is a larger role for the Barbados Institute of Management and Productivity (BIMAP) to perform in Barbados’ economic development, particularly with regard to the business sector.

Industry Minister, Donville Inniss, made this comment this morning to members of the media, after he met with BIMAP’s senior management to hear plans for that institution going forward, as well as to tour its Wildey campus.

Admitting that sometimes he was surprised when he reflected on the courses BIMAP offered and its constituents, Mr. Inniss stated that when “you fused it all”, the institution was making a significant impact on Barbados’ economy through its training programmes.

“From my end in the Ministry, there are a couple of areas that we agreed that we really need to work a lot faster on. Coming out of the Financial Statement and Budgetary Proposals last week, the Government would have of course announced greater emphasis to be placed on the micro, small and medium enterprise sector in Barbados because we do recognise that this sector is extremely critical for the growth and development of Barbados in a very sustainable manner,” he noted.

Mr. Inniss pointed out that as his Ministry prepared to roll out a new national policy initiative to address that sector, it recognised that there were a few very critical areas to be considered.

“One, access to financing…you certainly would have heard the Minister of Finance and Economic Affairs announce that Cabinet would be working closely with the Industrial Credit Fund and other possible sources of financing to increase the funds that would be available for the particular sector.

“Now, we expect that that in itself ought to be impetus for other institutions to come on board and recognise that they too have a role to play in helping to provide adequate financing to the micro, small and medium enterprise sector. When I look at the level of liquidity in the banking system in Barbados it is quite significant, and has been at the highest for a long time…,” he remarked.

The Industry Minister further noted that while “there was money out there”, he and Ministry officials had to try to understand why the established institutions were not necessarily lending to the sector to the extent they ought to be lending.

He also added that he was not yet satisfied with the level of uptake on the Enhanced Guaranteed Scheme, and assured his audience that this was under review by his Ministry, as well as the Ministry of Finance.