Lashley: CARIFESTA Will Leave A Legacy

CARIFESTA XIII is expected to have a long lasting impact on cultural industries in Barbados.

Minister of Culture, Sports and Youth, Stephen Lashley, expressed this view during a recent tour of several CARIFESTA XIII locations.

“The schools that we have earmarked for CARIFESTA, all of them have halls that have been used or are being used for events of various kinds. Many of these facilities would not have been upgraded over the past couple of years…the schools that will benefit from upgrades will certainly be in a better position to do much more…,” he noted. 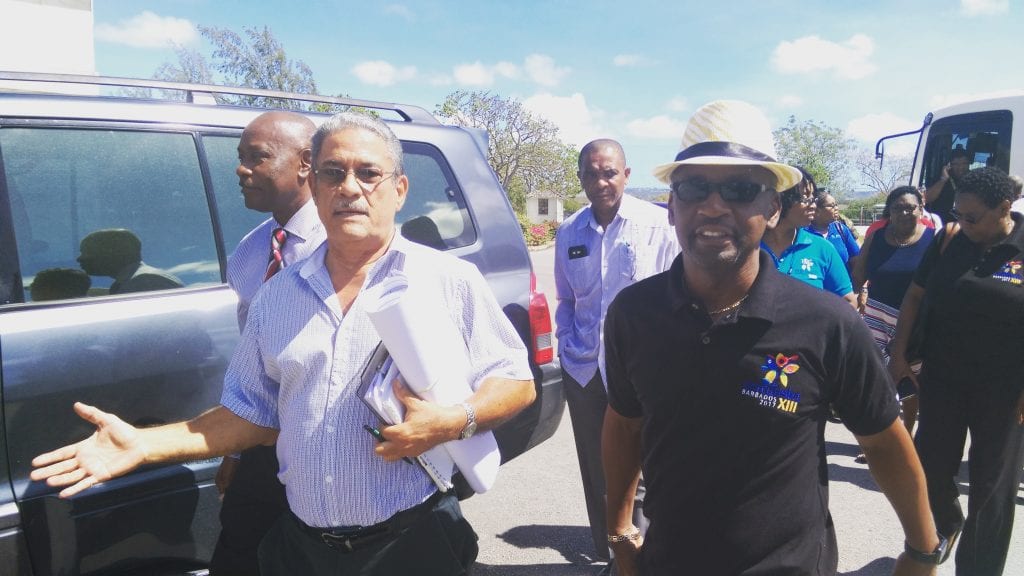 The Culture Minister also pointed out that as CARIFESTA had very specific arrangements in terms of the facilities and the various participants, upon the festival’s completion, the selected schools would benefit from upgrades they would not have had before CARIFESTA.

He also addressed concerns regarding the use of several secondary schools as CARIFESTA XIII locations, pointing out that the upgrades would be completed during the vacation period so as not to disrupt the normal school arrangements.

Speaking generally about Barbados’ readiness for the 13th edition of the regional arts festival Mr. Lashley stated: “We are very confident that all of the venues will be ready… I’m very happy in terms of what is happening…given the reports coming to me from the architect on site… they are on track. I am happy with the timelines that they have established.”

Over 3,000 artists, artistes, artisans and CARICOM nationals are expected in Barbados from August 17 to 27 for CARIFESTA XIII.