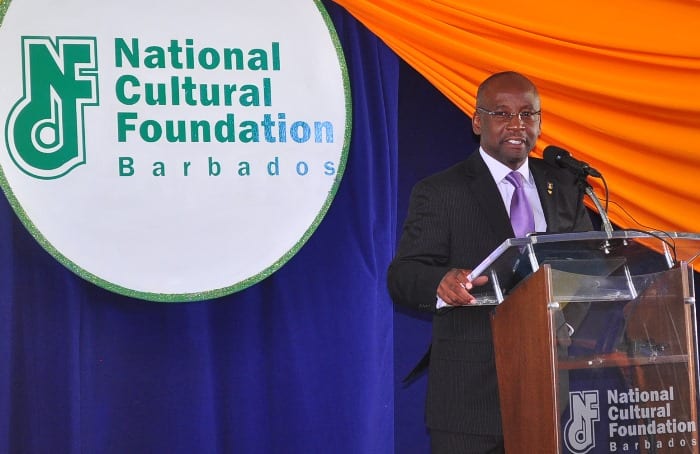 Minister of Culture, Stephen Lashley, has agreed to investigate the “slow take up” in relation to the operation of the Cultural Industries Development Act.

Mr. Lashley made this promise during a press conference at his Sky Mall Ministry room to update members of the media on the Crop Over Festival.

The Culture Minister, who met with members of the Barbados Association of Masqueraders (BAM) to discuss their challenges with participating in this year’s festival, said he was “not pleased” about the slowness in which things were moving with the Cultural Industries Development Act.

Noting that the Act was designed to significantly alleviate several of the concerns of the festival’s stakeholders, Mr. Lashley said that patience was required, as the Act was still new. “The system is new, the act is new, we recognise that they will be some teething challenges,” he stated.

While the expected financial returns from the legislation are still to be realised, the Minister said that if necessary he was prepared to take any amendments to the legislation to Cabinet.

“If we do have to make certain changes to the legislation, to ensure that the [cultural practitioners] can readily benefit, then I am prepared to go that route as well…I want to get to the point where we can have that particular legislation resonating and creating the benefits in the shortest possible time,” he affirmed.

The Cultural Industries Development Act was proclaimed on February 1, 2015.