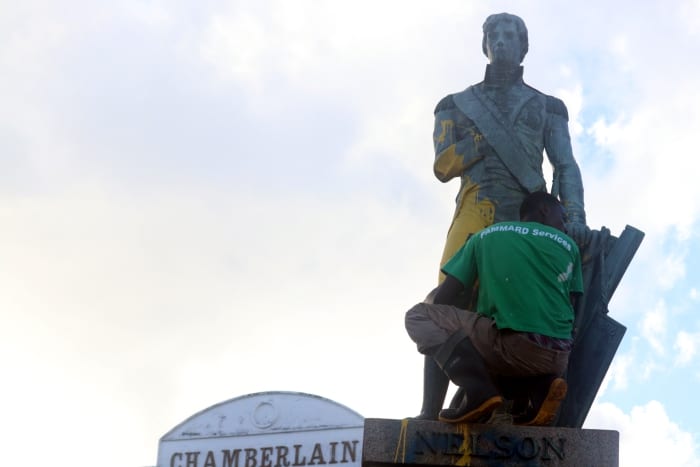 Minister of Culture Stephen Lashley has condemned the defacing of the statue of Lord Nelson.

In a statement released today, the Minister acknowledged that “for years” there has been public debate on whether or not the monument should be removed from where it currently stands; however, he condemned the act of defacing “any public monument in Barbados”, regardless of the controversy surrounding it.

“Anyone who takes it on themselves to deface or to do any damage to public monuments should be dealt with firmly in accordance with the laws of Barbados,” Mr. Lashley said.

“In my view, it is immaterial who or what that monument is. Today, it is Lord Nelson, tomorrow it could be any other monument,” he stated, noting that there was a need to “face this issue and resolve it as a country one way or the other”.

The statue of Admiral Horatio Nelson was erected in 1813, and currently stands in Barbados’ National Heroes Square.  It is said to reflect the importance of Barbados as the “jewel” in the crown of the British Empire.

The statue was defaced on the eve of Barbados’ 51st Anniversary of Independence.